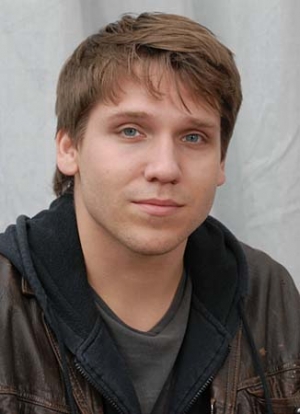 Hanno Koffler was born in Berlin on March 25th 1980. Before he came to acting, he was the drummer of "Kerosin", the band he founded together with his brother Max Koffler. After parts in two shorts – "Mein lieber Herr Gesangsverein" (2001) und Marco Kreuzpaintners "REC - Kassettenjungs/ Kassettenmädchen" (2002) – and a supporting role in the TV production "Die Dickköpfe" (2002), he was featured in two 2003 feature films: In Marco Kreuzpaintner's "Ganz und gar", he played the best friend of a young man who lost his leg in an accident; in the thriller "Anatomie 2", he portrayed the protaonist's incapacitated brother. Koffler then played an openly gay and confident man who befriends a member of a rival rowing team in Kreuzpaintner's coming of age drama "Sommersturm".

Koffler enrolled in the acting class of the renowned Max-Reinhardt-Seminar in Vienna and graduated in 2007. During his studies, he performed in a stage production of Shakespeare's "Hamlet" (directed by Klaus Maria Brandauer) at the famous Burgtheater. He was also featured in a staging of Elfriede Jelinek's "Bambiland", and the production won the 2007 Vontobel Award for Best Ensemble.

His screen work includes leading roles in "Hallesche Kometen" (2005) and "Rabenbrüder" (2006). He was reunited with director Marco Kreuzpaintner for the adaptation of the fantasy novel "Krabat" (2008), and played a traumatized German soldier in Brigitte Maria Bertele's award-winning drama "Nacht vor Augen" (2008).

Next, Hanno Koffler joined the cast of Zoltan Paul's turbulent comedy "Unter Strom" (2009), played the character of Uli Ensslin, brother of Red Army Faction terrorist Gudrun Ensslin in Andres Veiel's "Wer wenn nicht wir" (2011) and portrayed a morally conflicted soldier on duty in Afghanistan in Till Endemann's "Auslandseinsatz" (2012). In "Freier Fall", directed by Stephan Lacant and released in 2013, Koffler stars alongside Max Riemelt as a police officer who falls in love with a colleague. This role earned him a nomination for Best Actor at the German Film Awards 2014.

In Marco Kreuzpaintner's comedy "Coming In" (2014), he featured as a gay actor aspirant whose equally gay buddy (Kostja Ullmann) much to his bewilderment starts a relationship with a woman. Koffer then played a more serious role in Kaspar Heidelbach's thriller "Besondere Schwere der Schuld" (2014) as a young police officer whose father, a retired officer himself, has a dark secret. The Italian production "Max e Hélène" (2015) about the life and times of Simon Wiesenthal had Hanno Koffler act as the journalist and Nazi Hans Schwarz van Berk. He would then portray another historic figure in Rosa von Praunheim's biopic "Härte" (2015): Andreas Marquardt, former karate champ and temporary pimp who was mistreated as a child and sexually abused by his own mother.

Koffler's leading role in the award-winning investigative TV drama "Meister des Todes" (2015), about the illegal arms deals of German companies, was also based on a real person; in the film Koffler played an employee who becomes a whistleblower for reasons of conscience. In the TV two-parter "Die Dasslers" ("Rivals Forever - The Sneaker Battle", 2016) he impersonated Rudi Dassler, founder of the sporting goods manufacturer Puma and older brother of the founder of Adidas, Adolf Dassler.

Florian Henckel von Donnersmarck cast Koffler in his biopic about Gerhard Richter, "Werk ohne Autor" ("Never Look Away", 2018) in the role of an artist, based on the real artist Günther Uecker. He also belonged to the cast of the thriller series "Beat" (director: Marco Kreuzpaintner) and the crime series "Der Pass" ("Pagan Peak", director: Philipp Stennert, Cyrill Boss). In Michael Klier's sibling drama "Idioten der Familie" ("Family Idiots", 2018), Koffler played one of three brothers who left their older sister alone for years with the care of their handicapped youngest sister.

Apart from his work in film and television, Hanno Koffler also continued his stage career and since 2010, he is a company player at the Staatstheater Braunschweig.