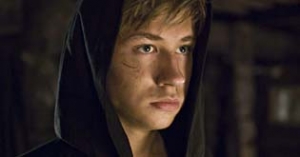 Based on the eponymous novel by Otfried Preußler, the film tells the story of poor, young orphan Krabat, who roams the German woods at the end of the 30-year war. Lonely and lost, he follows a frightening call, which leads him to an old mill. It is inhabited by a mysterious master and his eleven apprentices. Krabat, as it soon turns out, is destined to become the twelfth disciple of the master. During his stay, Krabat becomes best friends with Tondra, who lets him in on the dark secret surrounding the mill and the master himself. Over time, Krabat is trained in black magic – and realizes its inherit danger. When he falls in love with a girl, he has to hide his relationship from the master, leading to a confrontation which puts Krabat to the ultimate test.