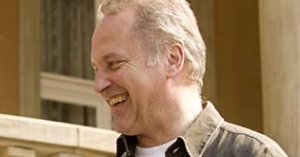 Kaspar Heidelbach, born November 20, 1954, in Tettnang, studied art history and theatre, film, and TV studies in Cologne and worked as an assistant director for ZDF already during his studies. In 1984, he made his debut as a director and was in charge of the episode "Die verlorene Nacht" of the ZDF TV crime series "Ein Fall für zwei". Until 1992, Heidelbach directed seven further episodes of the series. Since 1992, he has been in charge of directing numerous episodes of the TV crime series "Tatort".

Furthermore, Heidelbach who works for TV productions for the main part directed episodes of several TV series and a broad range of TV movies, including films as diverse as the love story "Leo und Charlotte" (1993), the crime comedy "Nie mehr zweite Liga"(2000), the disaster movie "Der Untergang der Pamir" (2006), and the relationship drama "Die Katze", based on a screenplay by Daniel Nocke and starring Götz George. In 2004, Heidelbach won the Bavarian TV award and the Grimme award for the drama "Das Wunder von Lengede" that based on a true story.

To date, Kaspar Heidelbach has finished two films for the movie screen. In 1993, he directed the thriller "Polski Crash", starring Klaus J. Behrendt and Jürgen Vogel, and in 2009, he directed the drama "Berlin '36", the true story of a Jewish top athlete who is admitted to the German Olympic team for political reasons.