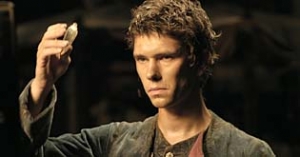 Perfume – The Story of a Murderer

France, 1738: Jean-Baptiste Grenouille is born at the Parisian fish market under the most adverse circumstances and immediately abandoned by his mother, for which she is soon hanged. The orphan possesses a single extraordinary talent: an absolute sense of smell. After gruelling work with a tanner, he is finally apprenticed to the Parisian perfumer Baldini. He quickly excels his master in the art of mixing scents, but his obsession soon turns him into a murderer. Possessed by the idea of conserving the human aroma, he ruthlessly murders young women whose scent fascinates him. But he soon realises that he still lacks the ability to conserve the aroma and heads for the capital of perfume production, Grasse, to perfect his skills. There he comes upon the most beguiling scent he has ever smelled, that of the beautiful young virgin Laura, who, however, stands under the protection of her both worldly wise and loving father…

After attempting for years to buy the rights to Patrick Süskind′s worldwide bestseller "Perfume", published in 1985, Munich producer Bernd Eichinger was finally able to secure them in 2001. Eichinger engaged one of Germany′s leading young film directors, Tom Tykwer, and wrote the screenplay together with Tykwer and English writer and director Andrew Birkin. With international stars such as Dustin Hoffman and Alan Rickman as well as the up-and-coming actors Ben Whishaw and 15-year-old Rachel Hurd-Wood, the team has put together one of the most fascinating and successful films of the year.