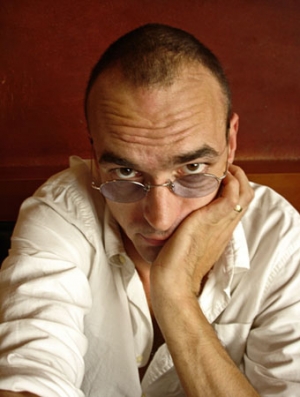 Benedict Neuenfels was born March 11, 1966, in Bern. After finishing school, the son of actress Elisabeth Trissenaar and director Hans Neuenfels worked as an assistant cinematographer for Xaver Schwarzenberger and Robby Müller, among others. From 1988 to 1994, Neuenfels studied at Deutsche Film- und Fernsehakademie (dffb). Afterwards, he was the cinematographer of movie productions like "Bunte Hunde" ("The Break") and "Frau Rettich, die Czerny und ich" ("Mrs. Rettich, Czerny and Me"). Since 1996, Neuenfels teaches image composition at Filmakademie Ludwigsburg and at dffb. He repeatedly collaborated with director Dominik Graf, for instance, for the TV movies "Der Skorpion" ("The Scorpion") and "Deine besten Jahre", and for "Der Felsen" ("A Map of the Heart") and "Der rote Kakadu" ("The Red Cockatoo"). His most important productions for the movie screen include "Lost Killers", directed by Dito Tsintsadze, and the ensemble comedy "Sie haben Knut" ("They"ve Got Knut"), directed by Stefan Krohmer.

Neuenfels won several nominations for the German camera award and won the award for his composition of "Deine besten Jahre" and "Lost Killers". Furthermore, he won the Max Ophuels award for "Die fliegenden Kinder" in 1992, and the Adolf Grimme award for the TV crime film "Sperling und das Loch in der Wand" in 1997.

In 2006, he was in charge of cinematography for Stefan Ruzowitzky's concentration camp drama "Die Fälscher" ("The Counterfeiters") that won the 2008 Academy award as "Best foreign language film". In faded, nearly monochrome images, he visualized the story's atmosphere between desolation and hope and, thus, made a significant contribution to the film's impact – a performance that won him a nomination for the German film award in 2007. In 2008, Neuenfels won the Bavarian film award and the German film award for filming Maria Schrader's drama "Liebesleben" ("Love Life"), based on the novel by Zeruya Shalev.

Maria Schrader then stood in front of Neuenfels' camera in the TV production "Auf dem Vulkan" (2007), and he continued to film a section of the mammoth film project "24 h Berlin - Ein Tag im Leben" ("24 Hours Berlin", 2009) for the TV broadcasters Arte and RBB. In the same year, he was director of photography for Romuald Karmakar's cinematic portrait of techno DJ Ricardo "Villalobos". In 2011, Neuenfels received another German Camera Award for his work on Kilian Riedhof's intense, Grimme Award-winning TV film "Homevideo," in which the clear and unaffected image design strongly contributes to the audience's ability to empathize with the situation of the pubescent and brutally bullied protagonist Jakob (Jonas Nay).

In addition to other productions for television, including two films from the "Tatort" series, Neuenfels most recently collaborated with Wolfgang Fischer on his highly acclaimed "Styx" (2018), for which he achieved the feat of using the camera to let the audience experience a great drama of the world in the limited space of a sailing ship. For his performance, he was awarded the Bavarian Film Award in 2018 and the German Film Award in 2019, among other prizes. In 2019, he also received the Honorary Award of the German Camera Award.