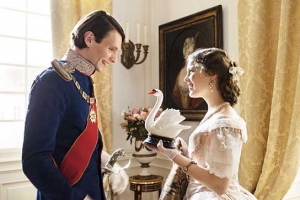 Ludwig is barely 18 years old when he succeeds his deceased father on the throne of Bavaria. The young man doesn't really care for politics, war and representative duties, instead his passion is art and especially music. Therefore, he invites controversial composer Richard Wagner to his court. Meanwhile, the ministers and royal suite deem Ludwig to be far too idealistic, since he wants to use his power for the enlightenment and welfare of his subjects and the building of a peaceful world. When Prussia and France force him into wars which leave Bavaria horribly defeated, a disillusioned Ludwig lets his advisors take over, retreats into fantasy and occupies himself with the construction of fairytale-like castles. While Ludwig's mental health deteriorates, enemies plot his downfall.