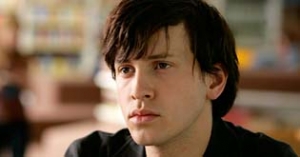 Franz Alexander Dinda was born in Jena in 1983. At the age of five, he and his mother, a pastor, fled to West Germany. Dinda already became interested in music and acting at his high school in Stuttgart. He played jazz trumpet for nine years, took vocal training at a well-known boys" choir and played his first parts in student films. In 2003, Dinda made his movie debut in a minor role in Vivian Naefe"s "Raus ins Leben" ("Getting a Life"). Dinda also appeared in supporting roles in TV series such as "Beauty Queen" or "Das Traumschiff".

In 2005, Dinda caused a stir in two striking roles: he played the young Arnold Speer in the highly praised TV mini series "Speer und er" ("Speer and Hitler: The Devil"s Architect") and a rebellious teenager alongside Peter Lohmeyer in the award-winning movie "Am Tag als Bobby Ewing starb" ("The Day Bobby Ewing Died"). One year later, Dinda won the "New Faces Award 2006" for his performance as a teenager who is fleeing from the nuclear threat in "Die Wolke" ("The Cloud"). Although Dinda has played quiet and sensitive loners in most of his films, he took the leading role alongside Florian Lukas in the slapstick army comedy "Kein Bund für"s Leben" (2007).

In 2008, Dinda was seen in three ambitious and lauded movie and TV productions: In Caroline Link"s film version of the best-selling novel "Im Winter ein Jahr" ("A Year Ago in Winter"), in the TV youth drama "Sklaven und Herren", and as RAF terrorist Peter Jürgen Boock in Roland Suso Richter"s TV movie "Mogadischu" about the hijacking of the Lufthansa plane "Landshut" in 1977.

With the school drama "Teenage Angst", that opened in cinemas in January 2009, Dinda continued his series of ambitious films and roles. In his next film, the historical drama "Berlin 36" that opened in cinemas in the autumn of 2009, Dinda stars alongside Karoline Herfurth. In Robert Thalheim"s drama "Westwind" (2011), that is based on a true story, Dinda played a West German falling in love with a girl from the GDR.