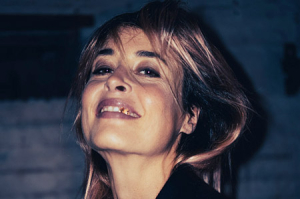 Susanne Wolff was born in Bielefeld in 1973. After graduating from school, she started studying Literature, History and Philosophy, but quit her studies to take up acting classes after she had worked as an assistant to the director at the Theater Bielefeld. From 1994 through 1998, she then studied at the Hannover University of Music, Drama and Media and had first appearances on stage at the Schauspiel Hannover at the same time. After graduating, she became an ensemble member at the Thalia Theater in Hamburg, where she stayed until 2009 and often portrayed strong female characters. She also guest starred in productions in Vienna and Salzburg, such as in "Penthesilea" directed by Stephan Kimmig with whom she had worked several times before in Hamburg and would work together again from 2009 on in Berlin at the Deutsches Theater.

Wolff starred on TV for the first time in 2003, playing small roles in the episode "Heimspiel" of the German crime series "Tatort" and in the TV series "Broti & Pacek – irgendwas ist immer". She made her debut on the big screen in 2006 in Jan Georg Schütte's largely improvised drama "Swinger Club" as a woman whose past affairs complicate matters between her, her husband and his friends at their fifth wedding anniversary. In 2008, she co-starred with Jan Josef Liefers and Stefan Kurt in Justus von Dohnányi's crime comedy "Bis zum Ellenbogen" and played a new mother who is struggling to build a connection with her child in Emily Atef's "Das Fremde in mir" ("The Stranger in Me"). For her role in the latter, she won Best Actress at the Sao Paolo International Film Festival. Also in 2018, she appeared in the lead role of Stephan Kimmig's TV adaptation of Schiller's "Maria Stuart". She had other notable appearances on TV in the mini series "Koffie to go" (2010) and in 2011, in Dominik Graf’s contribution to the trilogy "Dreileben" for which three different directors tell a criminal case from three different perspectives. Also in 2011, she starred internationally in the Italian crime drama "Tatanka" as well as in Paul W.S. Anderson's adaptation of Dumas' "The Three Musketeers".

She gave an impressing performance in the TV production "Mobbing" (2012). The portrayal of a woman whose husband loses his job after 18 years at the same company and subsequently has to struggle with depression, won her Best Actress at the Deutscher Fernsehpreis (German Television Awards) in 2013. In 2014, she again starred in a "Tatort" episode as well as in a supporting role in Benjamin Heisenberg's comedy film "Über-Ich und Du" ("Superegos").

At the same time, she continued acting on stage, mainly in numerous productions at the Deutsches Theater in Berlin of which she remained a member of the ensemble until 2016. In 2016, she directed the play "Shoot / Katzelmacher / Repeat" at the Schauspiel Frankfurt.

In the much-acclaimed TV mini series "Morgen hör ich auf" ("Tomorrow I Quit", 2016), she played the unfaithful wife of a man who starts forging money after he runs into debts. Also in 2016, Wolff starred in the lead role in "Hedda", Andreas Kleinert's modern TV adaptation of Ibsen's play of the same name. At the Berlinale 2017, Volker Schloendorff's "Rückkehr nach Montauk ("Return to Montauk") premiered with Wolff portraying the wife of a well-known writer.

She appeared in a lead role in Wolfgang Fischer's award-winning drama "Styx" (2018) as a solo sailor, who encounters a disabled, overcrowded refugee boat on her cruise. For her performance, she was awarded the Best Actress award at the Valetta Film Festival, the Deutscher Regiepreis Metropolis Award for Best Acting and the Günter Rohrbach Filmpreis. At the 2019 German Film Awards, she won in the category Best Female Lead.

She had further leading roles in Wolfgang Murnberger's quirky TV comedy "Nichts zu verlieren" ("Nothing to Lose", 2018), as a lesbian fighting for her young son in the custody drama "Unser Kind" ("Our Child", 2018) and as a self-destructive comic writer in the Dutch character study "Bloody Marie" (2019). In "Geborgtes Weiß" ("Borrowed White", 2021), Wolff played a doctor whose tranquil life is upended by an Albanian refugee. Frauke Finsterwalder cast her in the title role of "Sisi - Kaiserin Elisabeth" (DE/CH 2022).