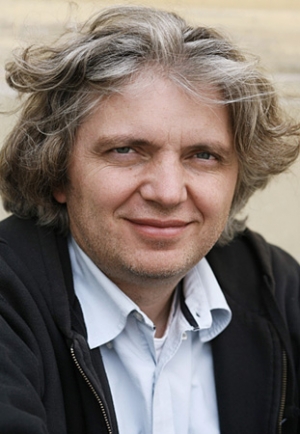 Wolfgang Murnberger was born on November 13 1960 in Vienna. The son of a cinema owner studied screenplay, direction and editing under Axel Corti at the Viennese University for Music and Performing Arts. His graduation film "Himmel oder Hölle" (1991) won awards at the Österreichische Filmtage, the Max-Ophüls-Preis film festival and the Tokyo International Film Festival. His second feature "Ich gelobe" (1994) was a box-office success in Austria and was named "Best Austrian Film" at the Vienna Film Awards. This was followed by several acclaimed TV productions, before the cinema release "Komm, süßer Tod" ("Come Sweet Death") made him also popular beyond Austria: The dark-humoured thriller starring Josef Hader became one of the highest-grossing films since 1981.

Four years later, Murnberger presented the sequel "Silentium" which was even more successful. His was equally triumphant in television: the literary adaptation "Taxi für eine Leiche" was awarded the Golden Romy for "Best Austrian TV Feature Film" in 2003. The tragicomedy "Brüder" (2002, TV) proved to be so popular that he followed it with sequels in 2003 and 2006. In 2006, his childrens' adventure film "Lapislazuli – Im Auge des Bären" ("Lapis Lazuli") was released. Yet Murnberger's biggest success so far came in 2009 with " Der Knochenmann" ("The Bone Man"), his third adaptation of a Wolf Haas novel after "Komm, süßer Tod" and "Silentium". The film premiered at the 2009 Berlin IFF and went on to become a box-office hit.

Also in 2009, Murnberger was one of the co-founders of the Academy of Austrian Cinema and also became a member of the board of directors. His next feature film "Mein bester Feind" ("My Best Enemy"), a tragicomedy set in Vienna during the Nazi years, screened out of competition at the 2011 Berlin IFF and was released in the summer of that year.

Murnberger next helmed a string of successful TV productions, most of which were based on scipts by his regular collaborator Uli Brée. Among them are the "Tatort" episode "Vergeltung" (D/AT 2011), the thriller "Bauernopfer" (AT/D 2011) starring Tobias Moretti, the comedy "Die Abstauber" (AT/D 2011), "Kebab mit Alles" (AT 2011), and the tragicomedy "So wie du bist" (AT 2012).