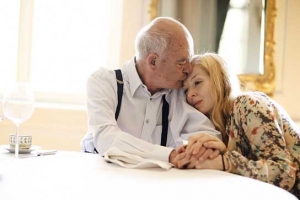 Patriarch and industry tycoon August Manzl is terminally ill. Since he considers all his grown-up children to be failures, he comes up with a cynical plan to find his successor as CEO: If one of his offspring musters up the courage and determination to end his pain – and life – within one week, he or she has the necessary ruthlessness to run a modern business and therefore should inherit the company. While the potential heirs begin to plot their various murder attempts, Manzl's youngest daughter Elisabeth arrives. Manzl wanted to keep her out of the barbaric competition, but Elisabeth, who has been attending  therapy sessions while at university, is determined to settle her family's conflicts. Meanwhile, August Manzl thoroughly enjoys the morbid excitement and takes every chance to mock his children, who in his eyes are incapable of doing the job. The fun seemingly ends, when he has to be taken to the hospital, where the whole family gathers for the showdown.