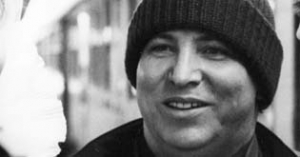 Wilhelm Rabenauer was born July 3, 1940 in Viechtafall in the Bavarian Forest. At Straubing"s Musisches Gymnasium he met Kurt Raab. After finishing high school, he studied musicology and theatre studies at Munich"s University. As a graduate from Zinner-Schauspielstudio, Raben became a cast member of Berlin"s Schaubühne at Hallesches Ufer in 1965. After that, he performed at Schauspielhaus Wuppertal.

In 1966, Raben co-founded Action-Theater in Munich that became "antiteater" in 1968. He worked as a writer, actor, composer, and director, and wrote the stage music for Rainer Werner Fassbinder"s productions, but also for productions by Peymann, Minks, Gruber, Zadek, Schroeter.

Besides his theatre work, he created radio plays and further distinguished himself as the score composer of Fassbinder"s films. Raben also contributed music scores to several other film and TV productions.

In 1980, Raben won the German film award with a Filmband in Gold for his musical scores for the films "Die Reinheit des Herzens" ("Purity of Heart") and "Die Ortliebschen Frauen" ("The Ortlieb Women"). In 1981, Raben who besides sound track records also published records with chansons directed his first film for the movie screen "Heute spielen wir den Boss" but first and foremost remained a sought-after composer for film and TV productions.

On January 21, 2007, Peer Raben died in a hospital in Mitterfels, Lower Bavaria.