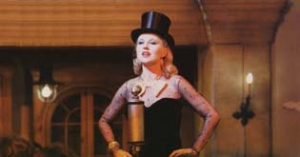 From the beginning, the love Willie has for Robert is sorely tested. The apparently peaceful Zurich of 1938 is already overshadowed by the coming events. Robert’s father is an influential lawyer and director of a Jewish refugee organization who tries hard to prevent Willie′s return to Switzerland. World events drive the two further and further apart. When war breaks out their connection seems completely severed. But Willie is fortunate. A song she recorded some time before, and which seemed forgotten, is broadcast by the military broadcasting station in Belgrade, pervading the solitude of the soldiers. The song will outlast the war, but love will not.