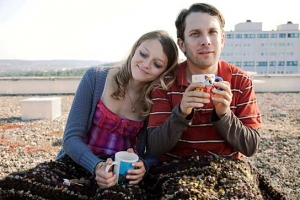 Bruno is the single father of 13-year old Radost, yet he is far from being an average dad: Bruno is mentally challenged and therefore terminally stuck on the intellectual level of a child, which makes him more of a playmate than a parent. Nevertheless, he and his beloved daughter have managed to overcome numerous obstacles over the years. But now, Radost is hitting puberty, and she is looking for other things in her relationship with Bruno, which he doesn't seem able to provide: normality, stability, and reliability. Consequently, Radost feels increasingly uncomfortable with her role as the intellectual superior daughter and the responsibility for Bruno's well-being. And when she falls in love with a boy from her class, Radost and Bruno are headed for a dramatic confrontation that will change their lives and their relationship as father and daughter.