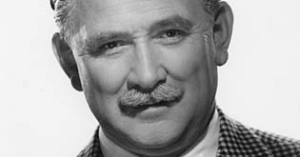 Knuth made his movie debut in 1935 as a virile village blacksmith in Hans Steinhoff"s film "Der Ammenkönig" that was accompanied by a debate about the "new morals" in Nazi Germany. Otherwise, Knuth played ingenious and slightly clumsy young men – in contrast to the decreed ideal of robust men –, for instance, the barge captain Oschi Rasmus in "Schatten über St. Pauli" ("Shadows Over St. Pauli"), directed by Fritz Kirchhoff, the fisherman Frerk in Hans Schweikart"s film "Das Mädchen von Fanö" ("The Girl from Fano"), and the shy seaman in Helmut Käutner"s film "Große Freiheit Nr. 7" ("Great Freedom No. 7"). One of his best films of his carrier was without doubt Käutner"s melancholic "Unter den Brücken" ("Under the Bridges"), which was produced in the last months of the war.

From 1945 to 1946, Knuth returned to Deutsches Schauspielhaus Hamburg, before he went to Zürcher Schauspielhaus in 1946, where he stayed until the 1980s. Furthermore, he made guest performances in Germany and in Austria.

In the cinema of the 1950s, Knuth played roughhousing, yet charitable sanguine types, mainly in roles of actually soft-hearted profiteers of the economic miracle era. He made his comedic signature performances in Erich Engel"s comedy "Der fröhliche Weinberg" ("The Grapes Are Ripe") and as bribery director Striese in Kurt Hoffmann"s "Der Raub der Sabinerinnen" ("Theft of the Sabines").

Furthermore, Knuth played the grumpy, cheerful duke Max of Bavaria in Ernst Marischka"s "Sissi" trilogy and the Puszta stationmaster in Hoffmann"s "Ich denke oft an Piroschka" ("I Often Think of Piroschka"). He only played a negative character as an arms smuggler in "Die Mücke", directed by Walter Reisch. His performances as motor carrier Karl John in Robert Siodmak"s adaptation of Hauptmann"s "Die Ratten" ("The Rats") and as the intrusive debaucher in Julien Duvivier"s film "Das kunstseidene Mädchen" ("The High Life"), based on Irmgard Keun, transcended witty lack of emotional commitment.

From the early 1960s on, Knuth became more and more popular as a TV actor, mainly in family TV series. He, for instance, played the veterane trapeze performer Carlo Doria in "Salto Mortale", directed by Michael Braun, made guest performances in popular entertainment series, hosted the celebrity talk show "Künstlerstammtisch", and made appearances in omnibus films.

During his career, Knuth won several awards, including the Ernst Lubitsch award in 1962. In 1974, he was awarded with the Filmband in Gold, the honorary German film award for his continued outstanding individual contributions to the german film over the years.