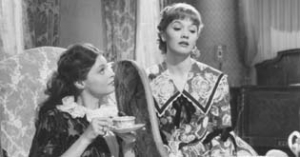 The star-studded adaptation of Thomas Mann′s epic novel tells the eventful story of the Buddenbrook family, a family of old-established Lübeck-based traders. Old Buddenbrook urges his daughter against her will to marry an influential business man. His son Christian, a bon vivant, who was sent to England to learn some discipline and business sense, is working in his father′s company but does not show too much ambition. His oldest son Thomas on the other hand is continuing the family′s business traditions in the old patriarch′s sense. He marries within his social class and soon his wife gives birth to the heir to the family business. After his father′s death, Thomas takes over all business dealings. But then he has a falling out with Christian who in return leaves for Hamburg to open up his own business.

Now, the family′s downfall seems inevitable. While Christian ends in a mental hospital, Hanno, the son of Thomas and last heir of the Buddenbrook family dies of typhus. Thomas also dies on the peak of his professional career of an illness that had been discovered too late. In the end, the family′s estate and the Buddenbrook company are sold to their biggest business rival.