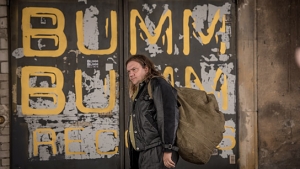 Magical Mystery – or: The Return of Karl Schmidt

Adaptation of Sven Regener's eponymous novel. Germany in the mid-1990s: Karl Schmidt is released from a psychiatric clinic: The artist, once an avid drug user, had suffered from a nervous breakdown in the night of the fall of the Berlin Wall in 1989. Now, he has to get along in a country that has changed completely. In Hamburg he runs into a couple of old friends who claimed fame as techno musicians. They are about to embark on a "Magical Mystery Tour" throughout Germany for which they need a driver who has to remain sober at any chance. So they convince Karl to take a break from his supervised rehab accommodation to join them on their tour. This marks the beginning of a crazy road trip on which the crew try to reconcile the spirit of the hippie movement with the rave lifestyle.