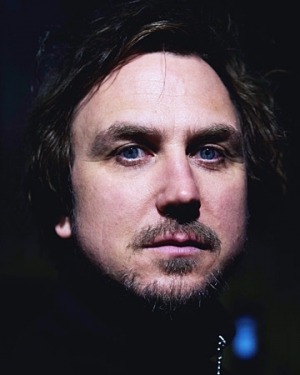 Lars Eidinger, born 1976, attended actor's training at Berlin's Hochschule für Schauspielkunst Ernst Busch from 1995 to 1999. He performed at Berlin's Deutsches Theater already during his time at drama school in the theatre season 1997/98. After his graduation, Eidinger became a cast member of Berlin's Schaubühne. To date, he remains a member of the cast. At Schaubühne, Eidinger appeared in a number of modern classic plays like "Hamlet", "A Streetcar named Desire", or "A Doll's House".

After a minor role in the TV series "Berlin Berlin" in 2003, Lars Eidinger occasionally starred in smaller movie and TV roles. In 2009, he caused a stir with his first leading role on the movie screen in Maren Ade's award-winning relationship drama "Alle Anderen" ("Everyone Else"). He got another leading role in Stefan Kornatz' lauded TV feature film "Verhältnisse", starring alongside Devid Striesow, Nicolette Krebitz and Anna Schudt. In 2011, he appeared in three releases: In the Dutch production "Code Blue", the apocalyptic thriller "Hell" and in Hendrik Handloegten's "Das Fenster zum Sommer".

The next year saw the release of the 2011 production "Tabu – Es ist die Seele ein Fremdes auf Erden". In the film, Eidinger plays legendary Austrian poet Georg Trakl, who lives in a clandestine romantic relationship with his sister. In Hans-Christian Schmid's "Was bleibt" ("Home For The Weekend", 2012), he plays a young man who has to witness the emotional meltdown of his parents during a weekend stay. This performance and his turn in "Tabu" ("Tabu: The Soul Is a Stranger on Earth") garnered Eidinger the 2012 Award of German Film Critics.

The same year, he guest-starred in the "Tatort" episode "Borowski und der stille Gast" and played a supporting role in Peter Greenaway's "Goltzius and the Pelican Company" (NL/F/UK/HRV). Eidinger went on to star in several TV productions, including "Grenzgang" (2013), Sylke Enders' "Du bist dran" (2013), and the acclaimed "Polizeiruf 110" episode "Der Tod macht Engel aus uns allen" (2013), for which he received a nomination at the German Television Awards. Eidinger next played the role of Siegfried Wagner in "Der Wagner-Clan. Eine Familiengeschichte" (2013, TV) and portrayed a convicted murderer who plans to become a priest in the made-for-TV drama "Der Prediger" (2013, TV).

Eidinger, who continued as a company player at the Berliner Schaubühne, returned to the big screen in Olivier Assayas' "Die Wolken von Sils Maria" ("The Clouds of Sils Maria"), in which he starred opposite Juliette Binoche and Kristen Stewart. This was followed by leading roles in "Sworn Virgin" ("Vergine giurata", 2015), which premiered at the Berlin IFF, and "DORA oder die sexuellen Neurosen unserer Eltern" ("Dora or The Sexual Neuroses of Our Parents", 2015). Critics also praised his performance as the estranged son of a despotic father (Günther Maria Halmer) in Lars Kraume's "Familienfest" (2015). On stage, Eidinger starred in a 2015 production of Shakespeare's "Richard III" at the Schaubühne Berlin.

Again teaming up with director Olivier Assayas, he played the mysterious lover of a fashion designer in the award-winning "Personal Shopper" (FR/DE/BE 2016). The same year, he was one of the leads in the controversial TV drama "Terror – Ihr Urteil". Lars Eidinger next starred in the 2017 tragicomedy "Die Blumen von gestern" ("Bloom of Yesterday", DE/AT 2016), in which he plays a historian who is confronted by a feisty female intern and begins to question his life. For this role he received a Deutscher Filmpreis nomination and was awarded the Österreichischer Filmpreis.

In 2017, Lars Eidinger starred in a number of international productions, such as in the British series "SS-GB", a fictitious story about an England occupied by Nazis as well as in the second season of the American sci-fi-thriller series "Sense8", where he played a supporting role as an underworld boss. He also made appearances in the French film "Maryline" and portrayed Emperor Nicholas II in the Russian period drama "Matilda".

He also remained a popular face in German productions, playing an influential son of an entrepreneur in the series "Babylon Berlin" (2017) and Bertolt Brecht in "Mackie Messer - Brechts Dreigroschenfilm" ("Mack the Knife – Brecht's Threepenny Film"). In Florian Henckel von Donnersmarck's "Werk ohne Autor" ("Never Look Away", 2018), he played a visitor guide in a Nazi exhibition on "degenerate art" and a psychopathic kidnapper in Christian Alvart's thriller "Abgeschnitten" (2018).

For his role in the road movie comedy "25 km/h" (2018) he was awarded the Ernst Lubitsch Prize together with Bjarne Mädel. In the TV series "M - Eine Stadt sucht einen Mörder" ("M - A City Hunts a Murderer", 2019) he was the father of a murdered girl. He was also part of the ensemble of several international productions: Tim Burton's Disney film "Dumbo" (US 2019), the six-part agent series "West of Liberty" (DE/SE/GB 2019) and the astronaut drama "Proxima" (FR/CN/DE 2019).

In addition to his work as an actor, Lars Eidinger is also active as a DJ and musician. In an interview in 2019, he revealed that he now makes more money with his numerous bookings as a DJ than he does at the theater. In 2018, he hosted an episode of the docu-talk show "Die Geschichte eines Abends…" for public broadcaster NDR, inviting actress Sophia Thomalla, politician Kevin Kühnert, pop singer Stefanie Hertel and heart surgeon Michael Hübler. The show was nominated for the 2019 Grimme Award.

Also in 2019, Eidinger had his first solo exhibition as an artist at the Neue Aachener Kunstverein, which featured mostly videos and photos under the title "Autistic Disco." In addition, Eichinger appeared in several music videos of the band Deichkind and subsequently served the band as a 'human paintbrush' in an oversized recreation of Michelangelo's ceiling fresco "The Creation of Adam." An 8-minute film, which ran as the opening video at Deichkind concerts, documents how Eidinger, naked and hanging upside down on a steel cable, is dipped in paint and then rolls around on the canvas.

Together with fashion designer Philipp Bree, Eidinger released a cowhide bag in early 2020 whose design was inspired by the Aldi plastic bag. For a photo op, he posed with the 550-euro bag in front of a Berlin homeless shelter, which earned him sharp criticism.

As a stage actor, Eidinger was seen in the title role of "Peer Gynt" at the Schaubühne Berlin in 2020, and as "Jedermann" at the Salzburg Festival in 2021. On the big screen, he played an SS officer in the concentration camp drama "Persischstunden" ("Persian Lessons", RU/DE/BY 2020) and an engineer (based on the real-life person of Werner Teske) in the GDR drama "Nahschuss" ("The Last Execution", 2020), who is recruited as a spy by the GDR secret service and is eventually executed. The film was released in summer 2021. In the same year, Eidinger was part of the ensemble of David Schalko's streaming series "Ich und die Anderen" ("Me and the Others").