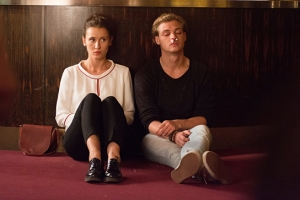 Rapper Cro (starring as himself) plans to make his life into a film. He organizes a competition for filmmakers to present him their concepts and ideas of how to realize his ambitious project. Out of all candidates, Cro chooses three favorites: Film student Vanessa, who suffers from Asperger's disorder, would like to make an unusual documentary of his life. The sensitive comic-strip artist Ludwig plans to animate the rapper's life. And finally, Dawid, an easy-going writer, plans to visualize his idea of how Cro's future would look like in 30 years from now. However, the more the very different filmmakers Vanessa, Ludwig and Dawid get to know each other and the closer they become, the more their artistic projects seem to become irrelevant.