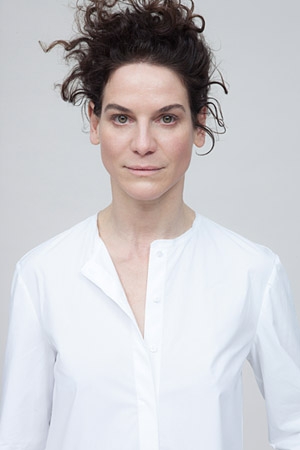 Bibiana Beglau was born on July, 8, 1971 in Braunschweig, attended Waldorf school and completed acting training at the School for Music and Theatre in Hamburg. She received her first engagement in 1996 at the Schauspielhaus Düsseldorf, were she worked until 1998. Afterwards she appeared on stage in several productions of classic and modern plays at the Schauspielhaus Hamburg, the Kampnagel Hamburg, the Berlin Baracke, the Schauspielhaus Zurich, the Berlin Schaubühne and the Burgtheater in Vienna. She worked with filmmakers like Christoph Schlingensief (for example in "Hamlet", 2001/2002), Frank Castorf (among others in "Trauer muss Elektra tragen", 2003) and Falk Richter ("Drei Schwestern", 2007-2009, and others) and in 2008 she received the audience award as part of the company of the Schauspielhaus Zürich for their performance in "Macbeth". Since 2009 Beglau is a member of the company of the Thalia Theatre in Hamburg.

Bibiana Breglau made her debut as a movie actress in 1994 in Matti Geschonneck's thriller "Der Mörder und sein Kind", which was produced for television, alongside Ulrich Tukur and Ulrich Matthes. Further leading- and supporting roles followed. She participated in television productions like "Gegen den Strom" (1997), "Der Briefbomber" (2000), "Nachtangst" (2004) or Dieter Wedel's two part series "Gier" (2010) as well as in a couple of "Tatort" episodes.

After appearances in the early short-films of Janek Rieke ("Frank", 1999) and Hans Weingartner ("Doppelpass", 2000) Beglau created a sensation right away in her first role in a feature film: In Volker Schlöndorff's entry at the Berlinale "Die Stille nach dem Schuß" ("The Legends of Rita", 2000) she plays (fictitious) RAF-terrorist Rita Vogt and together with Nadja Uhl she immediately received the Silver Bear as best actress for her outstanding performance. In the years to follow she had further much-noticed roles, like in the drama "Birthday" (2001), in which the character she portrays wants to commit suicide on her 30th birthday, in Schlöndorff"s highly acclaimed "Der neunte Tag" ("The Ninth Day", 2004), as the sister of a priest on "day parole" from a concentration camp and in the award-winning drama "Kammerflimmern" ("Off Beat", 2004) as an emergency doctor with the telling name "Dr. Tod" ("Dr Death"). For her emphatic portrayal of a mother who wants to protect her seven year old son, who has possibly become a murderer, from police in "Unter dem Eis" ("Under the Ice", 2005), Beglau received the Grimme Award. In the same year she played in "3 Grad kälter" ("3 Degrees Colder") a woman, whose life is thrown off the track by the reappearance of her boyfriend who was missing for years.

Despite such achievements she couldn"t be seen all too often on the big screen afterwards. In 2009, Breglau appeared in the psychological thriller "Was du nicht siehst" (2009) with Alice Dwyer, and together with Christian Berkel in the horror movie "Der letzte Angestellte" (2010). She also was one of the leads in the award-winning drama "Und morgen Mittag bin ich tot" ("Zurich", 2013). On TV, she starred in the historical drama "Die Machtergreifung" (2012) and in the biopic "Helmut Schmidt - Lebensfragen" (2013).

For her performances in productions of "Die bitteren Tränen der Petra von Kant" und "Kasimir und Karoline" at the Residenztheater in Munich, Bibiana Beglau was awarded the 2012 Kurt-Meisel-Preis. In 2013, she was named actor of the year by the trade paper "Theater heute", and in 2015, she won the German theatre award "Der Faust".

She continued to star in numerous TV productions, including "Unter der Haut" (2015) and "Über Barbarossaplatz" (2016). In 2017, she was one of the leads in the theatrical release "1000 Arten, den Regen zu beschreiben" ("Different Kinds of Rain").