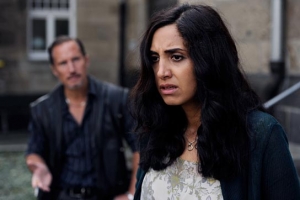 Elmas, a German-Turkish single mother, lives in Cologne with her 16-year-old-son Can and her nine-year-old daughter Sevgi. The children's father is absent and plays no role in the small family. Elmas does everything she can in order to provide for her children and to give them a positive outlook on life. But then Can realizes that his mother works as a prostitute. The worldview of the proud teenager is shattered, and following a harsh confrontation with Elmas, Can takes his sister and the two move in with their grandfather. Wanting to win back the trust and love of her children, Elmas quits her job as a sex worker. After a while, the mediating grandfather seems able to bring mother and son back together. Yet due to a misunderstanding, Can believes his mother is still working in the brothel – and in his rage, he commits a tragic act of revenge.