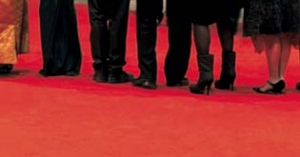 Trace of the Bears

This year, the Berlinale is celebrating its sixtieth edition. Other festivals such as Cannes or Venice are above all artistic, economic and tourist events. The Berlinale was always much more. The festival’s history reflects the development of the city of Berlin in the past six decades – from being a city on the front-line, to being a city divided by the Wall and finally to becoming the capital city it is today.

For their film "Spur der Bären" Hans-Christoph Blumenberg and Alfred Holighaus have interviewed twenty-eight German and international personalities from the world of cinema: stars such as Tilda Swinton, Claudia Cardinale and John Hurt; great names in directing from Andrzej Wajda and Angès Varda, Costa-Gavras and Ang Lee, to Tom Tykwer and Michael Winterbottom. All of them contribute their own personal memories of the Berlinale. Legendary producer Artur Brauner, who was born in 1918, talks about the glamour of the ‘riotous’ fifties; screenwriter Wolfgang Kohlhaase discusses the complex relationship between the two Germanys as the Cold War came to a close; film historians Wolfgang Jacobsen and the Berlinale’s curators themselves – Ulrich Gregor, Wieland Speck, Moritz de Hadeln and Dieter Kosslick – all have their say.

Making use of rare archive footage, the film tells the story behind the story, from the festival’s beginnings in the midst of a ruined city to today’s megaevent. Errol Flynn, Peter Ustinov and Fernandel all put in an appearance, as do Jean-Luc Godard, Roman Polanski, Alexander Kluge, Peter Zadek and
Werner Herzog. The filmmakers have by no means sought to suppress the festival’s greatest scandals: the film makes mention of the year 1970, when the festival had to be abandoned as a result of the acrimonious controversy surrounding Michael Verhoeven’s Vietnam parable, "O.K.", as well as the withdrawal of the Eastern Bloc countries in 1979 in protest against the screening of Michael Cimino’s "The Deer Hunter".