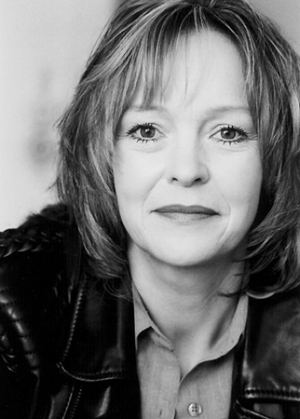 Katrin Saß, born Ocotber 23, 1956, in Schwerin, already as a school girl accompanied her mother, actress Marga Heiden, to rehearsals, performances and on tour. After finishing 10th grade, she completed a telephone operator"s training and afterwards studied at the Rostock drama school for three years. Director Heiner Carow cast her for the leading part in his movie "Bis dass der Tod euch scheidet" ("Until Death Do Us Part"). Her performance as salesgirl Sonja who is strained by the conflicts of her young marriage was a success with critics and moviegoers alike.

After finishing drama school, Saß became a cast member of the Kleist-Theater in Frankfurt (Oder). Besides her theatre work she also played minor parts in TV movies. In 1981, managing director Peter Sodann brought her to the Landestheater Halle where Saß performed in classic roles and contemporary GDR and Soviet drama. Her second leading role in a movie was the part of the single worker Nina Kern, who fights for the custody for her three children, in Herrmann Zschoche"s "Bürgschaft für ein Jahr" which became an international success and won Saß best actress and the Silver Bear at the 1982 Berlinale.


Katrin Saß who managed to portray her characters in a more and more differentiated way then played pivotal roles in Roland Gräf"s films "Das Haus am Fluss" und "Fallada – Letztes Kapitel" (1988). "Der Traum vom Elch" (1985/86) was her first movie with director Siegfried Kühn who directed "Heute sterben immer nur die Anderen", one of the last ever DEFA productions, in 1990, the year of the German reunification.

Right after the German reunification Saß mainly worked for TV productions and played minor roles in films of former DEFA directors. From 1994 to 1997, she played Commissar Tanja Voigt in several episodes of the TV crime series "Polizeiruf 110" for ORB in Potsdam. After a severe existential crisis, Saß made a comeback in 1999 in the TV thriller "Sperling und der brennende Arm". Her portrayal of a restaurant owner won Saß a Fernsehpreis. In the same year, Saß also starred in the large-scale production "Klemperer – Ein Leben in Deutschland", a TV mini-series.

Shortly after, Saß was to be seen on the big screen again: she played a supporting role in Andreas Dresen"s "Die Polizistin" ("The Policewoman") and then played the title role in Michael Klier"s portrait "Heidi M.", a woman struggling with her life who only hesitantly and reluctantly gets back into a relationship with a man. This convincing performance won her Deutscher Filmpreis and Preis der deutschen Filmkritik. Saß also starred in Wolfgang Becker"s internationally successful comedy "Good Bye, Lenin!", another X Filme production, about the end of the German Democratic Republic.


Besides her theatre work, Sass has since mainly been seen in TV productions, including the TV series "Mitten im Leben" (2007) and "Dell & Richthoven" (2008), as well as several episodes of "Tatort" and "Der Alte", and the award-winning tragicomedy "Meine verrückte türkische Hochzeit" (2006). On the movie screen, Sass has focused on parts in ambitious productions such as Bernd Böhlich"s "Mutterseelenallein" ("All Alone", 2005), Christian Wagner"s "Warchild" (2006) oder Oskar Roehler"s "Lulu & Jimi" (2008/2009).