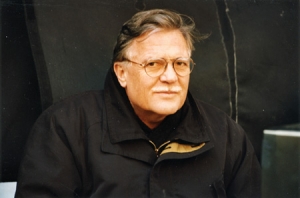 Michael Ballhaus was born on August the 5th 1935 in Berlin as the son of two actors. After a two-year apperenticeship, he first worked as a stage photographer, before he started his carrer as a cinematographer for German network television in 1959.

In the early 1980s, Ballhaus started working on English-language productions, including films by John Sayles and James Foley as well as Volker Schlöndorff's adaptation of Arthur Miller's play "Death of a Salesman".

Most importantly, it was his camerawork for Martin Scorsese (who collaborated with Ballhaus on almost all of his movies from 1984 on) which established Ballhaus as one of the most respected and sought-after directors of photography in Hollywood. Consequently, he moved with his family to the United States, and has yet never worked as DoP on a German feature film again.

Although being in constant demand by directors like Wolfgang Petersen, Robert Redford, Mike Nichols and Barry Levinson, Ballhaus still found the time to teach film courses at the University of Hamburg in the mid-1990s. Ballhaus to this day is one of the most prolific and respected German artists in Hollywood.

At the beginning of 2007, Michael Ballhaus announced his retirement from the DoP chair : At the age of 72, he declared that he would like to focus more on teaching and producing in the future. The same year, he incepted the "Ballhaus-Projekt", an environmentalist initiative campaigning for the responsible use of energy resources and the protection of the world's climate.

In October 2009, Ballhaus, who over the years has taught at several film schools, and Achim Poulheim became co-heads of the camera department at the Hamburg Media School. He continued his teaching engagements: Since 2010, Ballhaus has been head of the cinematography department at the HFF Munich, and in 2015, he was a guest professor at Leuphana University.

Ballhaus presented his documentary "In Berlin" (co-directed by Ciro Cappellari) at the 2009 Berlin IFF. His first work as a director, it is a personal portrait of his birthplace, in which celebrities and inhabitants present their own perspective on the city. Ballhaus and his sister Ulla next made the TV documentary "Unser Franken" (2010), in which they portray Franconia and its people.

Ballhaus once more served as DoP, shooting Sherry Hormann's "3096 Tage" ("3096 Days"), a dramatized account of the kidnapping of Natascha Kampbusch, who was held captive for more than eight years.

Michael Ballhaus's second son Florian (born 1965), is also a successful cinematographer in the US.