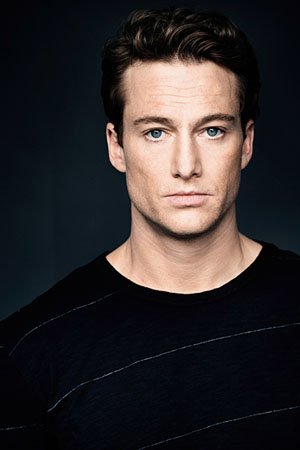 Alexander Fehling was born in Berlin on March 29th 1981. Between 2003 and 2007, he studied at the Ernst Busch actors' academy in Berlin. Already during that time, he appeared in several stage productions, and in 2006, he was awarded the O. E. Hasse Newcomer Award of the Berlin Academy of the Arts. Following roles in TV series like "Der Kriminalist", "KDD – Kriminaldauerdienst" and "Polizeiruf 110", he made his screen debut with the lead role in Robert Thalheim's "Am Ende kommen Touristen" – and right away took home the Förderpreis Deutscher Film for his performance.

He had another dramatic role in the political drama "Wir wollten ans Meer", which was released in 2012. At the same time "Der Fluss war einst ein Mensch" ("The River Used To Be a Man"), directed by Jan Zabeil, was released. The meditative adventure film was co-written and partly improvised by Fehling.

Also in 2012, Fehling appeared in a supporting role as a corrupt CIA agent in Philipp Stölzl's Thriller "Erased" (USA/CND/BE/GB) as well as in a small role in the British TV spy drama "Restless". In Michael Herbig’s comedy film "Buddy" (2013), he played the lead character, a carefree party animal who suddenly has to take over the family business and gets some help from a guardian angel (Herbig).

A year later, Fehling appeared in another comedy film, "Posthumous" (USA/D), playing the rich life partner of a journalist. A very different and more serious role, which won him the Best Actor award at the Bayerischer Filmpreis, was his portrayal of an idealistic prosecutor, who in the late 1950s tries to bring former Nazis to justice, in the critically acclaimed drama "Im Labyrinth des Schweigens" ("Labyrinth of Lies", 2014).

He received further praise for his portrayal of a (fictitious) journalist in the successful TV docudrama "Der Fall Barschel" (2015). That same year, he appeared as the lead character's new boyfriend in the US series "Homeland" and starred in the tragic comedy "Atomic Falafel" (2015), as a nuclear inspector who falls in love with a Jewish Falafal vendor in Israel.

In 2016, Terrence Malick’s "A Hidden Life" (US/DE 2016-2019) with Fehling in a supporting role was shot. In 2017, Fehling appeared twice on the big screen: in Matti Geschonneck's "In Zeiten des abnehmenden Lichts" ("In Times of Fading Light") and in the lead role of Jan Zabeil's relationship drama "Drei Zinnen" ("Three Peaks"). In Robert Schwentke's "Der Hauptmann" ("The Captain"), like "A Hidden Life" set in World War II, Alexander Fehling played one of the lead roles.

In 2019 Fehling appeared in the Berlin series "Beat" and in Philipp Leinemann's political thriller "Das Ende der Wahrheit", for which he again received a nomination for the German Film Award in the category Best Male Supporting Actor, this time winning the award. The German theatrical release of Malick's "A Hidden Life" is scheduled for January 2020.