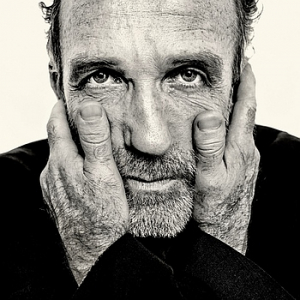 Karl Markovics, born August 29, 1963, in Vienna, ranks among the most "striking heads" of German cinema. However, his acting career started at the theatre during the 1980s. Until today, Markovics regularly performs in classic as well as contemporary plays at the most important Viennese theatres such as the Serapionstheater or the Volkstheater. Furthermore, he staged Ionesco's "The Bald Soprano" at Volkstheater in 2005.

Markovics made his movie debut in 1991 in Michael Sturminger's "Hund und Katz". From 1991 on, Markovics appeared in several film and TV productions. Besides his parts in Paul Harather's cult road movie "Indien" ("India", 1993) and in the satire "Hinterholz 8" (1998), Markovics became mainly known for his part as Inspektor Ernst Stockinger in the TV series "Kommissar Rex" and "Stockinger" (1994-1996). But the idiosyncratic actor gave up these successful roles to avoid "becoming stuck in routines".

Instead, Markovics took unusual challenges and starred in films such as "Drei Herren" (1998) as part of a gentle but mentally retarded trio who flee from the psychiatric ward; or as a sleazy yellow press reporter in Helmut Dietl's satire "Late Show" (1999). One of Markovics best performances has been the part of a wheelchair-bound former emergency medical technician in Wolfgang Murnberger's black comedy "Komm, süßer Tod" ("Come Sweet Death", 2000). But Markovics has also proven his versatility in such diverse roles as a SS storm trooper in Stefan Ruzowitzky's "Die Männer ihrer Majestät" ("All the Queen's Men", 2001) and as a Jewish concentration camp prisoner in "Die Fälscher" ("The Counterfeiters", 2007), also directed by Ruzowitzky. For his performance in "Die Fälscher", Markovics was nominated for the German Film Award.

Following his lead role in "Franz Fuchs – Ein Patriot" (AT 2007), he played the captain of a war ship in the TV drama "Die Gustloff" (2008) and a friendly farmer in the children's film "Hexe Lilli – Der Drache und das magische Buch" ("Lilly the Witch - The Dragon and the Magic Book", 2008).

In 2009, Markovics became one of the co-founders of the "Akademie des Österreichischen Films". He next starred as a mountaineer in "Nanga Parbat" (2010), played Huguenot leader Gaspard de Coligny in "Henri 4" (2010) and embodied Sigmund Freud in "Mahler auf der Couch" ("Mahler on the Couch", 2010).

After a supporting role in the international co-production "Unknown Identity" (US/FR/DE 2011), Markovics presented his debut as a writer-director at the 2011 Cannes IFF: Screening in the Quinzaine des réalisateurs, "Atmen" won the Prix Europa Cinemas of Quinzaine des réalisateurs and later also garnered six Austrian Film Awards, including Best Director and Best Screenplay.

Markovics next played a Nazi officer in the Dutch WWII drama "Süskind" (2012), followed by memorable turns in "Eastalgia - einfach leben" (DE/UA/SR) and "Die Vermessung der Welt" ("Measuring the World"). After supporting roles in Wes Anderson's "Grand Budapest Hotel" (US/DE 2014) and Wolfgang Becker's "Ich und Kaminski" ("Me & Kaminski", 2015), Markovics completed his sophomore film as director: "Superwelt" (AT) premiered at the 2015 Berlin IFF, and went on to win the Cineuropa Award at the Sarajevo Film Festival. The film's lead, Ulrike Beimpold, was named Best Actress at the Austrian Film Award.

Markovics portrayed Joseph Goebbels in the drama "Lída Baarová" (CZ 2016) and starred opposite Peter Kurth in the thriller "Zwischen den Jahren" ("End of the Season").