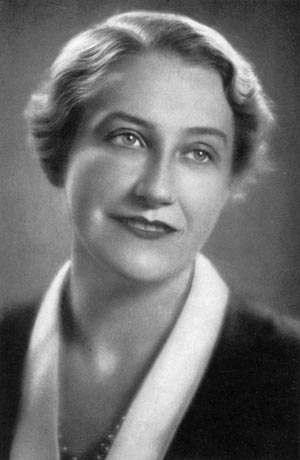 Thea Gabriele von Harbou was born December 27, 1888, in Tauperlitz near Hof (Saale) as the daughter of the forester and farmer Theodor von Harbou and his wife Clotilde Constance, born d'Alinge. Her brother is the still photographer Horst von Harbou (born in 1879). She grew up in Niederlössnitz and attended Luisenstift school in nearby Dresden. Harbou, an avid Karl May reader, already started to write fiction as a school girl and wrote animal stories for provincial newspapers. In 1902, she published her first poems herself, and in 1905, the Berlin newspaper Deutsche Zeitung published her first novel, "Wenn's Morgen wird".

Following the popular success of her novel "Die nach uns kommen" (1910) and "Der Krieg und die Frauen" (1913), a collection of novellas, in particular, she withdrew from acting and became a full-time writer. From 1915 on, she and her husband lived in Nuremberg. In 1918, the couple moved to Berlin. From then on, Harbou from then on published her books at the Ullstein publishing house.

Harbou's first screen play for Eiko-Film GmbH was not made into a film, thus, she did not make her debut as a screenplay writer until 1919 when her novella "Die heilige Simplicia" ("The Legend of Holy Simplicity") was made into a film by the Joe May Film GmbH. When preparing the adaptation of her novel "Das indische Grabmal" ("The Indian Tomb"), she met Fritz Lang who was initially scheduled to direct the film. For Lang, von Harbou then wrote all screenplays between his films "Das wandernde Bild" ("The Moving Image", 1920) to "Das Testament des Dr. Mabuse" ("The Testament of Dr. Mabuse", 1933).

For Lang, she wrote her first screenplay for a sound film: "M" ("M – A Town Is Looking For A Murderer", 1931). "Das Testament des Dr. Mabuse" ("The Testament of Dr. Mabuse"), the last film that von Harbou and Lang collaborated on and that was later described by Lang as an anti-Nazi film, was banned in 1933. The couple separated in October 1931, and divorced on April 4, 1933. Until about 1939, Thea von Harbou lived together with the Indian Ayi Tendulkar.

While Lang emigrated to the US, Thea von Harbou, who was the head of Verband Deutscher Tonfilmautoren, took hold as a sought-after screenplay writer in the Third Reich. She also directed two films herself: "Elisabeth und der Narr" (1933) tells the crude story of a murder in a nunnery. Prior to the film's release by Film Assessment Headquarters, it was re-cut several times because of alleged "disturbance of the population's religious sense". Furthermore, the film received mainly bad reviews in the press. The fairy-tale movie "Hanneles Himmelfahrt" (1933/34), based on a play by Gerhart Hauptmann, also flopped. A third film project, "Karussell Berlin", was then abandoned by Aafa-Film.

Besides numerous comedies, such as "Hurra! Ich bin Papa!" ("Hurrah! I'm a Papa"), and film adaptations (for instance, "Ein idealer Gatte" ("An Ideal Husband") and "Eine Frau ohne Bedeutung" ("A Woman of No Importance"), based on plays by Oscar Wilde), Harbou wrote the Fridericus Rex film "Der alte und der junge König" ("The Old and the Young King", 1935) for Hans Steinhoff, and "Der Herrscher" ("The Ruler", 1937), "Jugend" ("Youth", 1937/38), and "Verwehte Spuren" ("Covered Tracks", 1938) for Veit Harlan during the following years. Her films "Fahrt ins Glück" (directed by Erich Engel) and "Via Mala" (directed by Josef von Baky), so-called "Überläufer" films, were shot during the Third Reich, but did not premiere before the end of the war.

In 1945, Harbou, who had been a member of NSDAP since 1940, was detained for a short period of time by the British occupation authorities. She then worked in construction and in a factory and at the end of the 1940s wrote screen plays for dubbed version films by Deutsche London Film like "The Third Man", directed by Carol Reed; "An Ideal Husband", directed by Alexander Korda; or "The Thief of Bagdad", directed by Ludwig Berger). Furthermore, Harbou wrote serial novels like "Der Fernfahrer und der Teufel", that was published in the newspaper Berliner Morgenpost in 1952, and three more screenplays, that paradigmatically embraced the range of German post-war cinema: one screenplay for the anti-war film "Es kommt ein Tag" ("A Day Will Come", 1950), one "Dr. Holl" ("Affairs of Dr. Holl", 1950/51), a film about a physician, and one for the regional film "Dein Herz ist meine Heimat" (1953).

At the same time, Harbou was an active member of the board of the association of the members of German film business and of the German-Asian society. With his two-part film "Der Tiger von Eschnapur" ("Tiger of Bengal") / "Das indische Grabmal" ("The Indian Tomb") from 1958, Fritz Lang was the last director who made a film of one of her screenplays. At the same time, this was already the third adaptation of her novel.