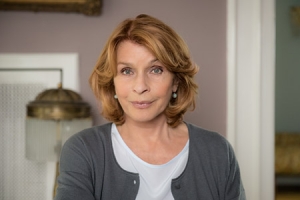 Senta Berger began to take dance training at the age of six years. She left secondary school to attend actor's training at the Reinhardt-Seminar but was dismissed after two semesters because of several film appearances, for example in Anatole Litvak's "The Journey". Berger then became a trainee at Theater in der Josefstadt and made her stage debut in 1958. In 1960, she was granted a five-year contract with producer Artur Brauner and mainly played in comedies and music films. In 1962, Berger starred in the Disney production "The Waltz King" by Steve Previn and in the following years was seen in US productions alongside Charlton Heston, Kirk Douglas, John Wayne, and Dean Martin as well as in TV series such as the "Bob Hope Show", "The Man from U.N.C.L.E.", and the "Danny Kaye-Show".

In 1965, Senta Berger and her husband Michael Verhoeven founded the production company Sentana Film GmbH. During the 1970s, Berger was often seen in Italian and French sex comedies and spy thrillers. In Germany, Berger established a good reputation as an actress in Verhoeven's films as well as the producer of politically involved films. In 1983, Berger won the German film prize for the production of "Die weiße Rose" ("The White Rose") which was directed by Michael Verhoeven. Moreover, Berger starred in the title role of Volker Schlöndorff's "Die Moral der Ruth Halbfass" ("Morals of Ruth Halbfass") and as Hester Prynne in Wim Wenders' "Der scharlachrote Buchstabe" ("The Scarlet Letter"). During the 1970s, Berger also did literary readings and played on stage. From 1974 to 1982, she performed as Buhlschaft in "Jedermann" at Salzburger Festspiele.

Highlights of Berger's versatile TV work in Germany include leading roles in the TV series "Kir Royal" by Helmut Dietl which won her the "Chaplin-Schuh" in 1987, the title role of a Munich taxi driver in Michael Verhoeven's TV series "Die schnelle Gerdi" and the female leading part in Frank Beyer's two-part movie "Sie und Er". In 1995, Berger starred as Teresa, who on her 50th birthday runs away from her bourgeois marriage to take a trip into the underworld, in Xaver Schwarzenberger's "Die Nacht der Nächte" ("Night of Nights").

During the past years, Berger was mainly seen on TV and, for example, investigated criminal colleagues as police chief inspector Dr. Eva-Maria Prohacek in the TV series "Unter Verdacht" (2002 to 2004).

She reprised her role of the socialite Mona from Helmut Dietl's legendary TV series "Kir Royal" for his high society satire "Zettl" (2012). The same year, she played a terminally sick woman looking for redemption in Isabel Kleefeld's "Ruhm" ("Glory: A Tale of Mistaken Identities"), an adaptation of Daniel Kehlmann's eponymous novel.

In 2012, Senta Berger was the female lead in two acclaimed TV productions: "Und alle haben geschwiegen" saw her playing a woman who breaks her silence about the abuse she suffered as a child in a Christian orphanage; while "Operation Zucker" ("Operation Sugar", 2012) had her portraying a prosecutor who investigates a child porn ring. The latter performance garnered Berger the Günter Rohrbach Filmpreis, and the film also won a Grimme Award and four German Television Awards. She next starred opposite Friedrich von Thun in the TV comedies "Hochzeiten" (2012) und "Hochzeiten 2" (2013), followed by more humorous turns in "Willkommen auf dem Land" (2013, TV), "Almuth & Rita" (2014, TV), and "Frauen verstehen" (2014, TV).

Senta Berger also joined the ensemble of Jan Georg Schütte's award-winning and largely improvised feature "Altersglühen - Speed Dating für Senioren" (2014). In 2014, she was the recipient of a lifetime achievement award at the German Actors Awards.

A very big box-office success in 2016 was the social comedy "Willkommen bei den Hartmanns" ("Welcome to Germany"), in which Berger played the mother of the titular family. Fittingly for this big-screen triumph, she was awarded the Honorary Award of the Bavarian Minister President at the Bavarian Film Awards 2016. At the end of 2016, she and Cornelia Froboess again played the title roles in "Almuth und Rita - Zwei wie Pech und Schwefel" (TV), a sequel to "Almuth und Rita" from 2014.

In the next few years, Berger's appearances in front of the camera became somewhat fewer. Apart from the annual episodes of "Unter Verdacht" (until its conclusion in 2019), she was seen in the social drama "Martha & Tommy" (2020, TV). For her 80th birthday in May 2021, the marriage and emancipation story "An seiner Seite" (TV) was broadcast, in which Peter Simonischek was her partner. A feature film with Senta Berger has also been announced again for early 2022: "Oskars Kleid", a tragicomedy directed by Hüseyin Tabak.