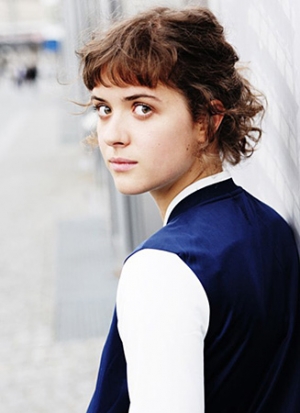 Liv Lisa Fries was born in Berlin on October 31, 1990. Already taking acting lessons as a student, she had a memorable role as a young girl from a broken home in the "Schimanski" TV series' episode "Tod in der Siedlung". In 2008, she appeared in Dennis Gansel's drama "Die Welle" ("The Wave") and played the adventurous daughter of an archaeologist in the TV production "Die Jagd nach dem Schatz der Nibelungen". "Bis aufs Blut – Brüder auf Bewährung" marked Fries' first major role in a theatrical release and was followed by a part in the drama "Unbelehrbar" ("Unteachable"). Her portrayal of a violent-prone teen in the made-for TV-drama "Sie hat es verdient" caught a lot of attention and garnered her the Günter-Strack-TV-Award.

After appearing in the feature film "Romeos", which premiered at the 2011 Berlin IFF, Fries guest-starred in TV series like "Bella Block" and "Polizeiruf 110" and also was one of the leads in the TV production "Vater Mutter Mörder" (2011). In 2013, she became a regular cast member in the second season of the TV series "Add a Friend".

Her performance in the role of a terminally ill woman in the drama "Und morgen Mittag bin ich tot" won Fries the 2014 Bavarian Film Award for Best Newcomer. Shortly afterwards, the drama "Staudamm" was released, in which she plays a student coping with the aftermath of a school shooting.

Continuing in 2014 she appeared alongside David Kross in the adaptation of the Özgür Yildirim novel "Boy 7". The following year Fries played an investigator in "Die Ermittler - Nur für den Dienstgebrauch", the third part of a television trilogy about the NSU (National Socialist Underground) murders. In the same year she portrayed the young writer and psychoanalyst Lou Andreas-Salomé in the the self titled biopic by Cordula Kablitz-Post. In 2017 Fries starred as the leading role in Oliver Alaluuka's "Rakete Perelman" ("Rocket Perelman"), in the much acclaimed TV series "Babylon Berlin" she played the clever and robust Charlotte Ritter, who confidently breaks the conventions of traditional gender roles within the Weimar Republic. Together with the makers and the ensemble of "Babylon Berlin", Fries was awarded the renowned Grimme Prize. In 2018, she had a supporting role in the US TV series "Counterpart" and then starred in Sabrina Sarabi's "Prélude" alongside Louis Hofmann.