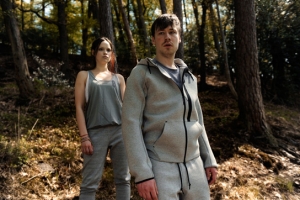 Adaptation of the eponyomus novel by Mirjam Mous. A young man wakes up in a subway tunnel. He can't remember his name or where he came from. As it soon turns out, the police is looking for him as a suspected murderer. During his search for clues, he comes to a restaurant which he supposedly visited only a few hours ago. There he finds a diary with his handwriting and notes about a mysterious organization named "Kooperation X". He meets a young woman who is dressed like him and also has the same burn mark on her left hand. Together they discover a conspiracy that includes the highest echelons of society.