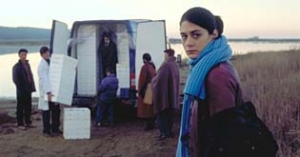 Sarajevo 2005, the war has been over for years, but it still holds 30-year-old Senada hostage. Her daughter, Aida, has been "missing" for nine years, but Senada has not yet forsaken the hope that she is alive. She clings in despair to a vague sign, in spite of the fact that her ex-husband and her friends encourage her to finally let go and try to build a new life. But Senada refuses to give up. When she finds evidence that the Red Cross flew children to Germany during the war, she follows the trail immediately and arrives after a long journey in Ulm. She is rewarded there for her stubborn determination: Aida had actually been brought to Germany. However, the then two-year-old girl was given up for adoption, under the assumption that her parents were dead.


The life of the German family, Heinle, and their 12-year-old daughter, Kristina, is suddenly shaken by its roots when they learn that the mother they thought was dead is indeed alive and wants her daughter back. The Heinles are confused. They love their daughter more than anything and cannot conceive of losing her. Senada is reunited with her daughter, who is happy, firmly rooted in her new life, and no longer even able to speak the native language of her natural mother. Senada is confronted with a difficult decision: should she insist on the return of her daughter, wrenching her from her social circumstances and life in Germany, or return alone to Bosnia with the knowledge that her daughter is alive and doing well?

A modern, passionate story of a strong woman ill-served by destiny, but who nonetheless forges on. Warchild weaves its tale by use of the characters’ tension and gestures, as well as the suppressed and unspoken emotions of the protagonist, creating along the way a gripping family constellation along the lines of the Scandinavian narrative, and a magical ending. In spite of the intensity, the anxiety and drama result in total “relief” for Senada at the end.