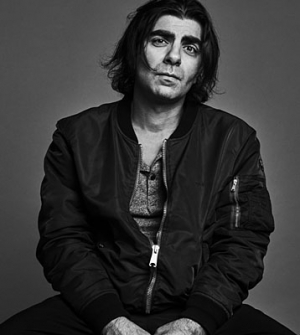 Fatih Akin was born in Hamburg in 1973, and lives and works in the city's Altona district, the setting for several of his films. In 1993, his career began as an actor playing smaller roles in cinema and television films until 1995, when he presented his regular production company (Wueste Film) with "Sensin", his first short film as an author and director.

He attended the Hamburg College of the Arts, and while shooting the short "Getürkt" ("Weed", 1996) he continued to work on the screenplay for "Kurz und schmerzlos" ("Short Sharp Shock", 1998). This drama marked the beginning of his career, bringing immediate success and several awards, including the famous Adolf Grimme Award, two nominations for the German Film Awards and the Bronze Leopard at Locarno. It was followed in 2000 by the road movie "Im Juli" ("In July", 2000), filmed with an international team in Germany, Hungary, Romania and Turkey. Festival successes in Norway, France, Italy and even Canada and Los Angeles - where Akin's films each received audience awards - were evidence of the young director's ability to communicate with an international audience.

The one-hour documentary "Wir haben vergessen zurueckzukehren" (2001) is a TV production in which Akin tells the story of his parents, who came to Germany with the first wave of immigrants from Turkey during the sixties. In this way he prepared the field for his next feature film, that led him to the far south of Italy in 2001 - in many respects the story "Solino" (2002) corresponds to Akin's own biography. It is about two brothers, the children of Italian "guest workers", who grow up in Germany and struggle for success and happiness. "Solino" was also nominated for this year's German Film Award.

In his film "Gegen die Wand" ("Head On", 2004) starring Sibel Kekilli and Birol Ünel, the director and author returns to his own somber beginnings. Nonetheless, this love story beginning in a psychiatric institution and ending on the Bosphorus, is - or so Akin believes - evidence of an important development in his stories: "I have become wiser, somehow, and part of that is that the heroes of this film don't die. The two lovers go on living, and that's the main thing!" "Gegen die Wand" won among a lot of other prizes the Berlinale Golden Bear, the German and the European Film Award for Best Film of the Year.

Fatih Akin's next film was the Documentary "Crossing the Bridge - The Sound of Istanbul" (2005) about the music scene in the turkish capital, followed by the episodic, melancholic drama "Auf der anderen Seite" ("The Edge of Heaven", 2007), which again won several important awards, among them the Cannes award for the Best Screenplay and four German Film Awards. His next film as a director was also highly praised although the film's topic is far more "entertaining": The affectionate neighborhood comedy "Soul Kitchen" (a "dirty regional film", as Akin has put it), starring Adam Bousdoukos in the leading role, was celebrated by the audience at the Venice Film Festival, received stellar reviews from film critics and won the Special Jury Prize.

Three years later, Akin finished his long-term documentary "Müll im Garten Eden", which chronicles the fight of a formerly idyllic Turkish mountain village against the devastating effects of a newly installed waste dump. The film premiered at the 2012 Cannes IFF and was released in Germany in December that same year.

Two years later, "The Cut" premiered at the Venice IFF. Set in 1915, the period drama relates the story of an Armenian man who survives a massacre by the Turkish gendarmerie and then goes on an odyssey around half the world in order to find his children. The film was released in Germany in the fall of 2014

Also in the fall of 2014, Akin was awarded the Douglas-Sirk-Preis at Hamburger Filmfest, a prize designated to personalities who have rendered outstanding services "to film culture and the film business". Two years later, the film adaptation of the novel "Tschick" (2016) about two fourteen-year-olds from Berlin who embark on an adventurous journey through Eastern Germany in a stolen Lada, proved a great success. The film was critically acclaimed, turned out an audience's favorite and garnered multiple awards such as an Bavarian Film Award as Best Youth Film and a European Film Award as Best Children's Film.

Akin's next film premiered in the competition at Cannes Film Festival in May 2017. "Aus dem Nichts" ("In the Fade") is about a woman (Diane Kruger) whose husband and son die in a right-wing terrorist attack. The story of the film (for which Akin also wrote the screenplay) is loosely based on a bomb attack by the right-wing terrorist group NSU in Cologne. Diane Kruger was awarded Best Actress in Cannes. In the fall of 2017, "Aus dem Nichts" opened in German movie theaters, in 2018, it was awarded the Golden Globe for the best film in a foreign language. Akin and Hark Bohm were awarded the German Film Prize 2018 for their screenplay; the film received the Lola in Silver.

Even darker was Akin's next film: "Der goldene Handschuh" ("The Golden Glove"), based on the novel of the same name by Heinz Strunk, tells the story of the notorious Hamburg serial killer Fritz Honka (1935-1998). The film celebrated its premiere in February 2019 in the Berlinale competition and was released a week later in German cinemas.