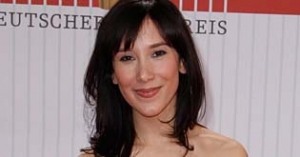 Sibell Kekilli was born in Heilbronn on June 16th 1980. After graduating from school, the daughter of Turkish immigrants worked for two years as a clerk in the Heilbronn city council. She then moved to Essen, where she took on different jobs, working as a salesperson, cleaner, waitress and model. During that time, she also appeared in several adult films.

In 2002, a casting agent discovered Sibell Kekilli by chance and she was subsequently cast by Fatih Akin as the female lead in his drama "Gegen die Wand". In preparation for the role, Kekilli took courses in acting and voice training. "Gegen die Wand" premiered in the competition of the 2004 Berlin International Film Festival and spectacularly was awarded the Golden Bear for Best Film. For her portrayal of a young Turkish woman in Germany, who rebels against the rigid morals of her traditional family, Kekilli earned rave reviews. Even an exploitative campaign by the German tabloid Bild, which dwelled upon Kekilli's past appearances in adult film, could not harm her well-earned success as a serious actress.

In the following months, she was awarded the German Film Prize, the Prize of the associated German film critics and also won the Actor's Prize at the Santa Barbara International Film Festival. After a small part in the comedy "Kebap Connection" (2004), which was written and produced by Akin, the year 2006 saw her mastering two demanding roles: In Hans Steinbichler's "Winterreise", she played a young Kurdish woman who accompanies an ageing misanthrope (Josef Bierbichler) on his eventful journey through Africa; in the Artur Brauner production "Der letzte Zug", directed by Joseph Vilsmaier and Dana Vávrová, she movingly portrayed a Jewish woman who escapes from a Nazi deportation train in 1943.

Also in 2006, Kekilli played the lead in the Turkish production "Eve Dönüs" ("Heimkehr"), which depicts the fate of a female worker during the 1980 military coup in Turkey. Following a supporting role in Lars Becker's TV feature film "Blutige Stadt" (2009) and the lead in the Finnish drama "Pihalla" (2009), Sibel Kekilli starred in two high-profile productions: She joined the ensemble of Dieter Wedel's lavish TV miniseries "Gier", which centers around the financial schemes of a high-rolling con man, followed by the titular role in "Die Fremde" by Feo Aladag. In the film, Kekilli plays a German of Turkish descent who lives in Istanbul and escapes her abusive marriage hoping for an independent life in Germany. The film not only echoes the themes of "Gegen die Wand" – like Akin's masterpiece, it also premiered at the Berlinale, this time in the Panorama section.