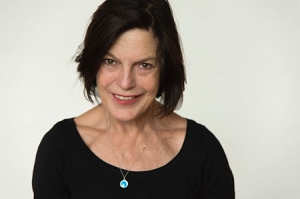 Angela Winkler, born January 22, 1944, in Templin (Uckermark), finished her training as a medical technician in Stuttgart before going to Munich to start a career as an actress. In Munich, she attended actor's training at Ernst Fritz Fürbringer's. After several engagements at smaller theatres, Winkler played the leading role in Peter Fleischmann's 1969 movie "Jagdszenen aus Niederbayern" ("Hunting Scenes from Bavaria"). Her multi-faceted performance as a sympathetic village prostitute in Fleischmann"s drama drew theatre director Peter Stein's attention to Winkler. Stein engaged her for Berlin's Schaubühne where Winkler became a cast member for six years.

It was not before 1975 that Winkler played her second role in a movie. Again, it happened to be in a movie that was to become a German auteur cinema classic. Volker Schlöndorff's "Die verlorene Ehre der Katharina Blum" ("The Lost Honor of Katharina Blum"), an adaptation of Heinrich Böll's novel of the same name, was Winkler's breakthrough performance with critics and moviegoers alike. Her powerful portray of a woman who is unjustly defamed as a terrorist won her the German film prize and the Filmband in gold. In 1979, Winkler played Oskar Matzerath's (David Bennent) mother in the Oscar-winning adaptation "Die Blechtrommel" ("The Tin Drum") of Günter Grass's novel of the same name, which was once more directed by Volker Schlöndorff.

Despite this worldwide success, Winkler has always focused on her theatre career. Yet, her few appearances on the big screen include parts in important films such as Andrzej Wajda's "Danton", Hans W. Geissendörfer's "Ediths Tagebuch" ("Edith's Diray") und Michael Haneke's "Bennys Video". Her major performances on stage included the title role in Peter Zadek's 1999 production of "Hamlet" and the role of the mother in the 2004 production of "Peer Gynt", again directed by Zadek.

In 2006, Winkler starred in her first movie for eleven years as "Madame" in Vadim Glowna's "Das Haus der schlafenden Schönen" ("House of Sleeping Beauties"). She next appeared in Thomas Arslan's "Ferien" ("Vacation", 2007), the two-part TV movie "Die Flucht" ("March of Millions") and the documentary "In Berlin" (2009).

For her supporting role in the TV comedy "Das Gewinnerlos" (2015), as an actress who is supposed to play the girlfriend of an alleged lottery winner (Matthias Habich), Winkler won the German Academy Award for Television.

In addition, Winkler continued to participate in theater productions. She played the title role in "Lulu" (2011) at the Berliner Ensemble and could be seen at the Schaubühne in "Hyperion. Briefe eines Terroristen" (2013) as well as in "Ödipus der Tyrann" (2015).

On the big screen, she was part of the ensemble of Matti Geschonneck's family epic "In Zeiten des abnehmenden Lichts" ("In Times of Fading Light", 2017) and played a dance teacher at a mysterious ballet school in the much acclaimed horror film "Suspiria" (IT / US 2018). In the Netflix series "Dark" (2017), she had a supporting role as a grandmother. In addition, Angela Winkler took on TV roles, among them the comedy "Hausbau mit Hindernissen" (2017) and the episode "Dunkler Zwilling" (2019) of the crime series "Polizeiruf 110", as a senior citizen incriminating herself of a series of murders.