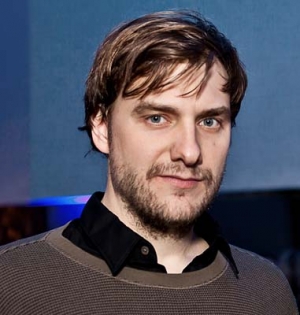 Jan Zabeil, born 1981 in Berlin, studied cinematography at the University of Film and Television in Potsdam-Babelsberg from 2003 to 2009. While still a student, his short film "L.H.O." (2007, directed together with Kristof Kannegießer) received several awards, among them one from the Montréal World Film Festival. He then directed the short documentary "Was weiss der Tropfen davon" (2008) about the Reichstag building in Berlin and its foreign cleaners that also received prizes at numerous festivals. At that time, Zabeil also worked as cinematographer for a number of other short films directed by fellow students. After his graduation, he was cinematographer for the two documentaries "Achtung: Psychonauten – Der Künstler Thomas Zipp" (2010) and "Fastest" (US 2011) about professional motorcycle racers.

At the Filmfest München, Jan Zabeil presented his debut feature film as a director, "Der Fluss war einst ein Mensch" ("The River Used to Be a Man", 2011), which is a meditative, partly improvised and multi award-winning adventure film about a young German who gets lost in an African Savannah. In the following years, Jan Zabeil continued his work as a cinematographer for several documentary films, such as Andreas Geiger's "Wochenendkrieger" (DE/AT 2011-2013), Alice Agneskircher's "Ein Apartment in Berlin" (2013) and for the American production "Hitting the Apex" (2015), a kind of sequel to "Fastest" (2011). In 2014, he directed the short film "We will stay in touch about it" starring Alexander Fehling in the lead role with whom he had previously cast for "The River Used to Be a Man". At the Locarno Festival 2017, Jan Zabeil presented his second feature film as a director, "Drei Zinnen" ("Three Peaks", DE/IT). The dramatic story of a man (again Alexander Fehling), his new partner and her eight year old son received the Piazza Grande Award in Locarno. The film was released in German cinemas in December 2017.