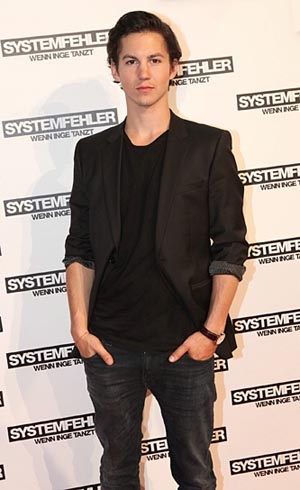 Tim Oliver Schultz was born in Berlin in 1988 and was discovered by a casting agent at the age of eleven. He made his acting debut in an episode of the TV series "Ein starkes Team" (2001), followed by a part in Peter Patzak's drama "Sternzeichen" (2003). He then appeared in numerous television productions, including the series "Ki.Ka-Krimi.de" (2005) and "Hallo Robbie!" (2008). as well as made-for-TV dramas "Glück auf halber Treppe" and "Das Geheimnis im Moor" (2006).

He had his first major screen role in the feature film release "Ameisen gehen andere Wege": In the film, which premiered at the 2011 Hofer Filmtage, he plays a reclusive teenager, who has himself committed to a care institution following the suicide of his father. There he falls in love with a lively, but mentally unstable girl. The following year, he was the male lead in Wolfgang Groos' "Wenn Inge tanzt": Opposite Paula Kalenberg, Schultz plays an arrogant teen musician, who eventually falls in love with the girl whom he previously made the subject of an insulting song.

A big success was the TV series "Club der roten Bänder" ("Red Bracelets", 2015-2017), about the everyday life of several young hospital patients and cancer sufferers, with Schultz in a leading role as the leader of the titular clique. The series received high praise and numerous awards. Schultz, together with the other leading actors, was awarded the German Actors' Prize in the category Best Ensemble. Parallel to this series work, he revisited the role of the idolized vampire band singer Murdo for "Die Vampirschwestern 3 - Reise nach Transsilvanien" (2016).

In 2018, he starred in a leading role in the horror film "Heilstätten" ("The Sanctuary") and was honoured with the Askania Shootingstar Award. In the movie "Club der roten Bänder - Wie alles begann" ("Red Bracelets: The Beginning", 2019), which tells of the lives of the main characters of the "Red Bracelets" TV series, Schultz once again played the role of Leo, who is suffering from cancer. Almost at the same time he was seen on television in the leading role of the drama "Song für Mia" ("A Song for Mia", 2019), as a vain up-and-coming singer who loses his sight in an accident; the female leading role of a good-hearted nurse was played by Paula Kalenberg, with whom Schultz had already worked in a similar role constellation on "Wenn Inge tanzt".

Also in 2019, Tim Oliver Schultz stood in front of the camera for two feature films: The family comedy "Enkel für Anfänger" and the love comedy "Hallo Again", both to be released in 2020.