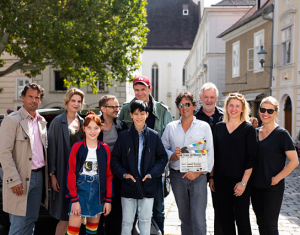 Film adaptation of the successful German children's book series of the same name: The film tells the story of Ida, who has to move with her parents. She doesn't feel comfortable at all in the new school, and because of her ambitious nature and her good grades she is quickly labelled as a know-it-all. But then her life takes an unexpected turn when class teacher Miss Cornfield announces that every child will soon be partnered with a magical animal - and it's the outsiders Ida and the shy Benni, of all people, who get the first animals. Ida is joined with the shrewd fox Rabbat, Benni with the ancient, wise turtle Henrietta. The magical animals can speak, have their own character and mind. Through Rabbat, Ida suddenly becomes popular and everyone wants to be friends with her. Benni, on the other hand, remains an outsider with his "uncool" turtle, but at least he now has someone with whom he can skateboard and share his passion for pirates. When objects start disappearing in school, an exciting search for the mysterious thief begins for the children and their animals.