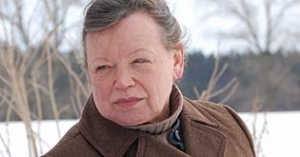 Ursula Werner, born September 28, 1943, in Eberswalde, started actor's training at Staatliche Schauspielschule Berlin-Schöneweide (today: Ernst-Busch-Schauspielschule) in 1965 and successfully graduated three years later. Subsequently, Werner got her first engagements at Landestheater Halle/Saale and at Berlin's "Die Distel", the GDR political satire group. In 1979, she became a cast member of Berlin's Maxim-Gorki-Theater and has since been one of the most important actresses of the theatre's ensemble. In the course of her career, she appeared in highly praised productions of "Drei Schwestern" ("Three Sisters"), "Die Möwe" ("The Seagull"), or "Die Dreigroschenoper" ("The Threepenny Opera"), among others.

Werner made her movie debut in 1967, while still attending drama school, in Ralf Kirsten's adventurous comedy "Frau Venus und ihr Teufel" alongside Manfred Krug. Besides her theatre career, she appeared in a series of popular DEFA movies during the 1970s and 1980s, including the cult comedy "Ein irrer Duft von frischem Heu" ("A Terrific Scent of Fresh Hay"), where she played an SED party secretary with the telling name "Unglaube" ("Disbelief"), or the drama "Bürgschaft für ein Jahr", that won an award at the 1982 Berlinale. Furthermore, Werner starred in numerous roles in TV series like "Polizeiruf 110", or in TV movies like "Ich liebe Victor" (1984), directed by Karola Hattop.

Since the 1990s, Ursula Werner has only appeared occasionally in film or TV productions. Her most important films include the psychological drama "Scheusal" (1991), Bodo Fürneisen's German contribution to the 1991 "Prix Italia", as well as the three films she has made with director Andreas Dresen: "Die Polizistin" ("The Policewoman", 2000), "Willenbrock" (2004), and "Wolke Neun" ("Cloud Nine", 2008), where she plays the leading role of a wife who one day cheats on her longtime husband. At the 2008 Cannes film festival, "Wolke Neun" won the jury award of the section "Un certain regard".

Also in 2008, she appeared in a supporting role in the made-for-TV Thriller "Narrenspiel". In 2011, following several performances in television productions, she returned to the big screen with two releases: In Andreas Dresen's acclaimed melodrama "Halt auf freier Strecke", she plays the mother-in-law of a cancer patient, in "Wintertochter" she is a pensioner, who helps a 12-year old girl to find her biological father.