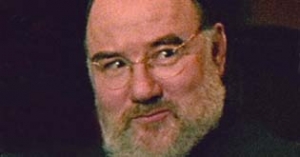 Udo Samel was born on June 25, 1953, in Eitelsbach near Treves. He went to a boarding school for ten years, where he achieved a comprehensive musical education. After a one-year study of Slavic studies and philosophy, he was accepted at the Frankfurt University of Music and Performing Arts, where he was trained as an actor until 1976.

In 1978, he joined the ensemble of the Berliner Schaubühne, where he stayed for fifteen years and worked with directors such as Peter Stein, Andrzej Wajda, Luc Bondy, and Robert Wilson. In 1978, Udo Samel began his film career with a supporting role in Reinhard Hauff's movie "Messer im Kopf". He gained instant fame with his both subtle and intensive portrayal of the composer Franz Schubert in Fritz Lehner's TV mini-series "Mit meinen heißen Träumen" (1986), which earned him compelling reviews and several awards, including the Adolf Grimme Award.