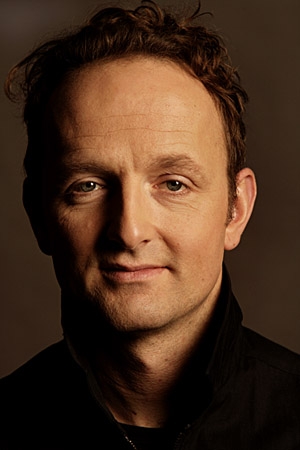 Peter Jordan, born 1967 in Dortmund, attended actor’s training at Staatliche Hochschule für Musik und darstellende Kunst in Hamburg from 1991 to 1994. After an engagement at Theater Rostock from 1994 to 1995, Jordan performed at Schauspielhaus Bochum until the year 2000. Since the theatre season 2000/2001, Jordan is a cast member of Hamburg’s Thalia Theater where he was seen in productions of classic plays like "Der eingebildete Kranke" ("The Imaginary Invalid", directed by Leander Haußmann), "Hamlet", or "Tartuffe" and became one of the ensemble’s most prominent actors. In 2003, he won the actor award of Berlin's Akademie der Künste.

In addition to his theatre work, Peter Jordan has been appearing in smaller and bigger supporting roles in feature films and TV productions since the early 2000s, among them the gangster film "Chiko" (2008) and Fatih Akin's comedy "Soul Kitchen" (2009).

In 2008, Peter Jordan starred in his first lead role in a feature film, playing a food inspector in Lars Jessen's satire "Die Schimmelreiter" ("Sheep and Chips") alongside Axel Prahl. A year later, he left the ensemble of the Thalia Theater and moved to Berlin together with his wife, fellow actor Maren Eggert. Since then, he has been appearing in plays at the Maxim-Gorki-Theater in Berlin and at the Salzburger Festspiele. From 2010 on, he started directing theatre plays like "Macbeth" at the Theater Dortmund (2011) and "Around the World in Eighty Days" at the Schauspielhaus Düsseldorf (2016) to name but a few.

Jordan continued to guest star in TV series and played the lead role of a salesman fighting for his job in Lars Jessen's mini-series "Der letzte Cowboy" (2016). He also appeared in a number of TV films like "Das Ende einer Maus ist der Anfang einer Katze" (2011), "Der Verlust" (2015), and "So auf Erden" (2017). On the big screen he could be seen in Michael Herbig's comedy "Buddy" (2013), in the period drama "Amour fou" (2014) and in Sönke Wortmann's tragic comedy "Sommerfest" ("A Summer Affair", 2017). In 2018, two feature films starring Peter Jordan were released in German cinemas: The multi-award-winning "LOMO - The Language of Many Others", in which he plays the father of a high-school graduate in crisis and the political drama "Wackersdorf" focusing on the protests against the nuclear reprocessing plant in Wackersdorf in the mid-1980s.