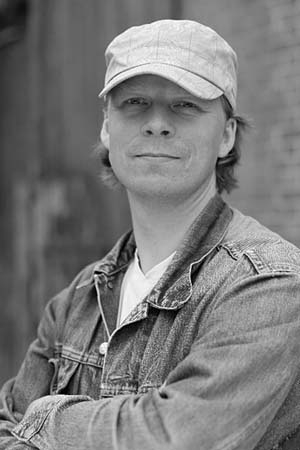 Lars Jessen, born April 13, 1969, in Kiel, studied history, political science, and philosophy at Cologne's university. After his graduation, he enrolled in the department of film and TV at Cologne's Kunsthochschule für Medien.

In 1997, he finished his studies with his graduation film, the documentary film "Lübke – Eine Suche nach dem Bundespräsidenten Heinrich Lübke". He then made a traineeship as a director for the TV series "Lindenstraße" and worked for several years for the Cologne-based TV project Kanal 4.

In 2005, Jessen made his debut on the movie screen with the film "Am Tag als Bobby Ewing starb" ("The Day Bobby Ewing Died"), a coming-of-age story situated in the 1980s about the adaptive difficulties of a 17-year old boy who moves into a commune of anti-nuclear activists with his mother. The satirical, yet sensitive film won several awards, including the award of "Best Film" at the Film Festival "Max Ophuels Preis", and the award of "Best Debut Film" from the association of film critics.

Afterwards, Jessen finished several pieces for TV, including the ZDF TV movie "Zwei gegen Zwei", the TV crime series "Doppelter Einsatz" (RTL), and several episodes of the TV series "Der Dicke" (ARD). Besides a "Tatort" episode and the ZDF TV movie "Butter bei die Fische", Jessen finished another film for the movie screen, "Die Schimmelreiter" ("Sheep and Chips"), in 2008. In the spring of 2009, his movie adaptation of Rocko Schamoni's novel "Dorfpunks" was released.

2010 saw the release of "Hochzeitspolka": Starring Christian Ulmen, the culture clash comedy tells the story of a young German who relocates to Poland and falls in love – only to be unexpectedly revisited by his past on the day before his wedding.

He then directed the TV production "Fischer sucht Frau" (2011) about a grumpy East Frisian shrimper who falls in love with a Moroccan woman during a vacation. He also helmed an episode of the series "Mord mit Aussicht", several episodes of "Der Dicke" and the crime caper "Balthasar Berg – Sylt sehen und sterben" (2012) starring Dieter Pfaff.

In November 2012, Jessen's new feature film was released: "Fraktus" is a hilarious mockumentary about the comeback of a seminal electro-pop band.