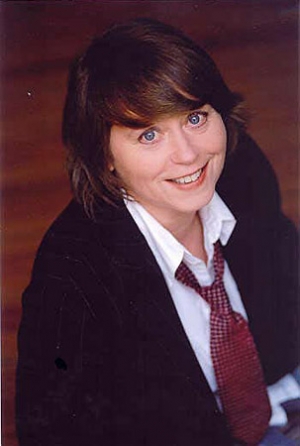 Marie Gruber, born 1955 in Wuppertal, studied acting at Berlin's Hochschule für Schauspielkunst "Ernst Busch" from 1979 to 1982. Frank Castorf then made her a member of the cast of Theater Anklam. Since that time, Gruber has played in countless theatre plays and performed at renowned theatres, for instance at Berlin's Friedrichstadtpalast, Dresden's Staatsschauspiel, and Berlin's Volksbühne.

Gruber's best-known films include both "Go Trabi Go" movies (1991 and 1992), the black comedy "Eierdiebe" ("The Family Jewels", 2003) and the multiple award-winning drama "Das Leben der Anderen" ("The Lives of Others", 2006). In 2008, Marie Gruber played a leading role in the relationship story "AlleAlle" alongside Milan Peschel and Eberhard Kirchberg.