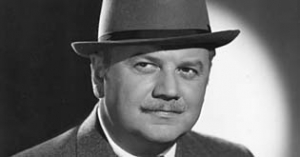 Hans Leibelt, born March 11, 1885, in Leipzig, as the son of a teacher, finished school and attended an apprenticeship as a textile merchant in Dresden. Subsequently, he made a traineeship in a weaving mill. But then he followed his desire to become an actor, played smaller roles, and attended actor"s training in Leipzig. He became a cast member at Stadttheater Eisenach and landed further engagement at theatres in Leipzig and Darmstadt and at Munich"s Kammerspiele.

After serving in World War I where he got severely wounded Leibelt was released from military service in 1916. In 1925, he went to Berlin where he mainly performed at Staatstheater under the famous directors of that era. In 1934, he was named "National actor".

Leibelt had made his movie debut already in 1923 in "Mysterien eines Frisiersalons" ("The Mysteries of a Hairdresser"s Shop") and subsequently played several further supporting roles. His range as an actor covered family men, jovial professors, and bankers up to ponderous diplomats. He often appeared alongside Heinz Rühmann. His most important roles include grammar school director Knauer (called "Zeus") in the film "Feuerzangenbowle" (1943), directed by Helmut Weiss, consul Verhagen in "Herzensfreud - Herzensleid" (1940), and privy council Berger in "Frauen sind doch bessere Diplomaten" ("Women Are Better Diplomats", 1941), starring Marika Rökk and Willy Fritsch. Furthermore, Leibelt played a leading role as a murderous husband in "Frau ohne Vergangenheit" (1939).

After the end of World War II, Leibelt worked as a freelance actor at several theatres. Occasionally, he also directed plays himself. His first roles on the movie screen after the war, saw Leibelt notably slimmed down as painter Eckermann in Gerhard Lamprecht"s rubble film "Irgendwo in Berlin" ("Somewhere in Berlin", 1946) and as Fehrenbach in "Ehe im Schatten" ("Marriage in the Shadows"), directed by Kurt Maetzig.

During the following years, he was mainly typecast in the role of the good-natured and affable corpulent man. He became popular as police detective ("Razzia" (Police Raid"), 1947), school director ("Fünf unter Verdacht" (City in the Fog"), 1950), and as minister ("Vater sein dagegen sehr", 1957). In 1959, he played physician Grabow in Alfred Weidenmann"s two-part adaptation of Thomas Mann"s novel "Buddenbrooks" ("The Buddenbrooks"). During those years, he also starred alongside Heinz Rühmann again, for instance, in "Charleys Tante" ("Charley’s Aunt", 1955), "Das schwarze Schaf" ("The Black Sheep", 1960), and "Max, der Taschendieb" (1962). In 1962, Hans Leibelt was awarded with the honorary award at the German film awards.

During his career, Leibelt starred in about 150 films. His last film was Rolf Thiele"s "Grieche sucht Griechin" ("Once a Greek"), again alongside Heinz Rühmann. Hans Leibelt spent his last years in a retirement home in Munich where he died on December 3, 1974.