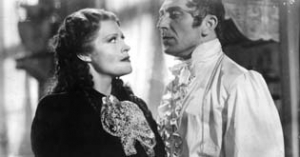 Dance on the Volcano

1830, in Paris: King Karl X suppresses his people that love and appreciate his cousin Prince Louis Philippe. But the people also love Deburreau, a comedian who revolts against the tyranny with his satirical verses, even more. His hatred is not only based on political motives, but also on personal ones. He, as well as the King, is in love with Countess Heloise. When the king visits the theatre together with her, Deburreau pours so much scorn on the king that he only manages to escape masked as Louis Philippe. He asks the countess to escape with him but she lets him get arrested. Deburreau is sentenced to the death penalty. But on the day the execution is supposed to take place the people revolt against the king′s tyranny.