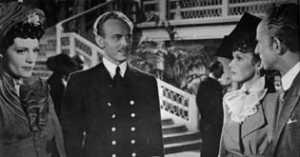 A film about the most known ship disaster of the 20th century. To jack up the stock price of his company, the president of the shipping line, Sir Ismay, tells his captain to make the travel from London to New York in a record time, neglecting the dangers of the Arctic Ocean that is lined with icebergs. While all travellers are in constant danger, several big and small dramas are happening on board. There are the young Danish woman Sigrid Oole who has wrongfully made a big fortune, or Lord and Lady Astor who turn out to be business adversaries of Sir Ismay. Furthermore, there are the German scholar Bergmann, an emigrant couple, and a little manicurist – they all are going to face an unforeseen situation, and the ship disaster is going to reveal everyone′s true colours.