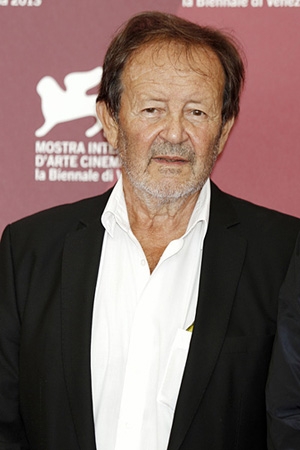 Born in Dresden on April 9, 1939, Gernot Roll studied cinematography at East Germany’s DEFA studios where he gained first experiences as an assistant cameraman on feature films. In 1960, he joined the Bavaria Studios in Munich where he worked as a cameraman on numerous film and television productions, including some episodes of the series "Graf Yoster gibt sich die Ehre" (1966). In the early 1970s, he shot some of the many German sex comedies being produced at that time, e.g. "Wilder Sex frühreifer Mädchen" (1972). He also worked on more sophisticated productions such as the TV mini-series "Die merkwürdige Lebensgeschichte des Friedrich Freiherrn von der Trenck" (1972), directed by Fritz Umgelter. In 1974, Roll shot the "Tatort" episode "Zweikampf", his first of many contributions to the crime series. In 1976, he collaborated with Edgar Reitz for the first time. Together, they shot "Stunde Null", a movie about German post-war history.

After having worked on television productions such as Franz Peter Wirth's mini-series "Wallenstein" (1978) or Wigbert Wicker's big screen movie "Car-Napping: Bestellt - geklaut - geliefert" (1980), Edgar Reitz engaged Roll for his family epic "Heimat" (1981-1984), a movie which switched between colour and black-and-white. "Heimat" went on to become a huge popular and critical success, thus pushing Gernot Roll’s career to the next level. In 1985, Roll shot the black-and-white film "Welcome in Vienna", directed by Axel Corti. For his work on Fritz Lehner’s (color) film "Mit meinen heißen Tränen", depicting the last years of Franz Schubert, Gernot Roll was awarded the German Camera Award in 1988.

Following his work on "Die zweite Heimat", a 13-part sequel to Reitz’s "Heimat", Roll collaborated with Sönke Wortmann on "Kleine Haie" (1992). In 1993, he worked on Peter Sehr's "Kaspar Hauser", and in 1994, he teamed up with Sönke Wortmann yet again on the set of the box-office-hit "Der bewegte Mann" ("Maybe... Maybe Not"). In the same year, he made his debut as a director with the three-part movie "Radetzkymarsch", co-directed by Axel Corti. In addition to his successful career in cinematography which included Helmut Dietl's "Rossini - oder die mörderische Frage, wer mit wem schlief" ("Rossini", 1996), Roll continued to work as a director during the following years. His choice of topics, however, left many critics at a loss. Movies such as "Ballermann 6" (1997), starring Tom Gerhardt, or his most recent film "Pura Vida Ibiza – Die Mutter aller Parties" (2003) seemed to be out of line with his subtle work as a cinematographer. By contrast, he won wide recognition for his remake of "Friedrich Freiherr von Trenck – Zwei Herzen gegen die Krone" (2002).

Throughout his career, Gernot Roll has won several awards, including the German Camera Award and two German Film Awards (in 1992 for Jo Baier's "Wildfeuer", and in 2002 for Caroline Link's "Nirgendwo in Afrika").  For his work for television he received the Grimme-Preis several times – notably for the "Heimat" series and the biopic "Die Manns - Ein Jahrhundertroman" (2001).

During the following years, Roll's filmography also displayed a strange mixture of ambitious art house movies and slapstick comedies: For instance, Roll was the cinematographer for Heinrich Breloer's films "Speer und Er" ("The Devil"s Architect", 2005) and "Buddenbrooks" (2008) but also for the army comedy "Kein Bund fürs Leben" (2006/07). As a director, he finished the aesthetic adaptation of Preußler's children's book "Räuber Hotzenplotz" ("The Robber Hotzenplotz") and the comedy "Männersache", a vehicle for the comedian Mario Barth.

Working as director of photography, he then shot Jo Baier's lavish period drama "Henri 4" (2010). He returned to directing for the comedy "Die Superbullen" and the comic adaptation "Werner – Eiskalt!", both released in 2011.

Afterwards, Roll continued his collaboration with director Edgar Reitz and took over the black-and-white cinematography for his "prequel" to the Heimat trilogy: "Die andere Heimat - Chronik einer Sehnsucht" ("Home from Home - Chronicle of a Vision") premiered at the 2013 Venice IFF and was released in cinemas in October of the same year. The film met enthusiastic reactions and received many awards. Roll received the award for Best Camera at the German Film Critics' Award and a nomination for the German Film Awards 2014. "Die andere Heimat" was his last feature film for the big screen.

In 2013, Gernot Roll received the Cross of Merit of the Federal Republic of Germany, followed by a star on the Boulevard of Stars in Berlin in 2014. In January 2015, the cinematographer was awarded the Honorary Prize of the Bavarian Prime Minister for his life's work at the Bavarian Film Awards. In the same year, "Master of Death", filmed by Roll partly in Mexico, appeared on television, followed by two more collaborations with Daniel M. Harrich before he completed his last camera work in 2017: "Brecht", another TV film biography directed by Breloer, celebrated its premiere at the Berlin IFF in 2019.

On November 12, 2020, Gernot Roll died in Munich after a severe illness.

His son Michael Roll, born in 1961, has also started a career in film and became an actor.