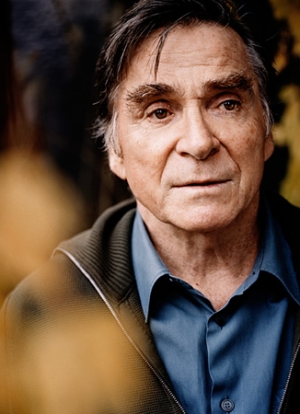 Elmar Wepper, born April 16, 1944, in Augsburg, is – just like his brother Fritz Wepper who is three years older – one of the most famous and popular actors of German television, although Wepper's TV success often overshadows his occasional yet sometimes ambitious movie parts. Elmar Wepper started his acting career already at an early age: At the age of 13 he played a supporting role alongside his brother Fritz in the Hans Moser comedy "Eine verrückte Familie". Wepper then worked as a dubbing voice and for radio plays, played at the theatre and was occasionally seen on TV.

After finishing school, Elmar Wepper studied theatre studies and German philology and already prepared to write his doctoral dissertation about the Viennese folk theatre when Michael Verhoeven offered him the leading role in his film "Ein unheimlich starker Abgang" in 1973. Thus, finally Wepper's film and TV career took off. He made his breakthrough already one year later when he succeeded his brother Fritz in the TV crime series "Der Kommissar" (1974-1976) alongside Erik Ode.

With his next big role, Wepper sticked to the crime genre and portrayed the popular detective Helmut Heinl in the TV crime series "Polizeiinspektion 1" (1976-1988). From 1983 to 1985, Wepper was also seen in the successful TV series "Unsere schönsten Jahre". At the beginning of the 1990s, Wepper's popularity peaked for the first time when he and Uschi Glas won a "Bambi" as the "best German TV couple" in the TV series "Zwei Münchner in Hamburg" (1988-1992).

Wepper appears only occasionally on the movie screen although he starred in several striking parts, for instance as a strict judge alongside Moritz Bleibtreu in "Lammbock". Furthermore, he acted as the narrator in Helmut Dietl's "Vom Suchen und Finden der Liebe" ("About the Looking for and the Finding of Love", 2005). Movie goers are familiar with his voice, anyway: Since 1979, Wepper is the German dubbing voice of Mel Gibson and has lent his voice to other foreign movie stars including Bruce Lee, Tim Allen, Tim Roth, and several others.

In 2007, Wepper worked with director Doris Dörrie for the second time after "Der Fischer und seine Frau" ("The Fisherman and His Wife – Why Women Never Get Enough", 2005). In "Kirschblüten – Hanami" ("Cherry Blossoms – Hanami") that premieres at the 2008 Berlinale, Wepper played a cancer patient, who travels to Japan to cope with his wife's death, a performance that won him the Bavarian film award.

Despite this great success, Elmar Wepper still concentrated on working for television. Until 2009 he played the lead character in the television play "Zwei Ärzte sind einer zu viel", after that he depicted a mortally ill father who during a pilgrimage reconciles with his alienated daughter in the television drama "Ich trag dich bis ans Ende der Welt" (2010). In the comedy "Adel Dich" (2010) he played a man, who after his mother's death embarks on a quest to find his roots. In "Hopfensommer" (2011), a modern "Heimatfilm", he played a peasant who reconciles with his son.

In autumn 2011 Wepper was back on the big screen with the tragicomedy "Dreiviertelmond" ("Three Quarter Moon"). Here he played a grumpy taxi driver whose world is turned upside down, when he encounters a little Turkish girl. Also in the fall of 2011, Wepper starred as a retired police detective searching for a missing girl in Dominik Graf's TV thriller "Das unsichtbare Mädchen".

He got rave reviews for his performance in the drama "Zwei allein" (2014), which also garnered his several award nominations. The same year, he was part of the ensemble cast in the Christmas movie "Alles ist Liebe" (2014). Following a supporting role in the stoner comedy "Lommbock" (2017), Elmar Wepper starred in "Grüner wird's nicht" ("As Green as it Gets"), playing a grumpy Bavarian gardener who takes off on an adventurous trip in an old propeller plane.