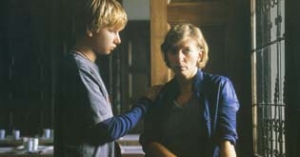 Crazy is about good friends and falling in love, making music and breaking all the rules, longing and loneliness - about growing into adulthood, deciding for yourself and believing that the future will be just fine. 16-year-old Benni is sent by his parents to a boarding school. It′s his fifth school, and his parents are praying that he will finally overcome his math deficiency and graduate. For Benni, life isn′t about math... it′s about dealing with his typical teenage insecurities, which are compounded by the fact that he is partially handicapped. Although Benni doesn′t end up learning much about math, he learns a whole lot about life. On the last day of school at the big summer party, Benni′s mother tells him that she has found yet another school where math isn′t so important. But Benni has no intention of being the new student again. He has other plans.