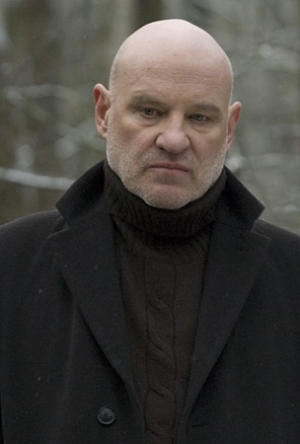 Christian Redl was born in Schleswig on April 20th 1948. Raised in Kassel, he later studied at the acting school in Bochum, followed by theatre engagements in Wuppertal, Frankfurt and – between 1980 and 1993 – Hamburg, where he played under the direction of Claus Peymann, Luc Bondy and Peter Zadek, starring for instance in Brecht's "Three Penny Opera" and Tennessee Williams" "A Streetcar Named Desire".

In 1987, Redl gave his screen debut in Uwe Schrader's "Sierra Leone", playing a truck driver returning from Africa only to find himself unable to continue his former life in Germany. In the late 1980s and early 1990s, he starred in several acclaimed TV productions by director Bernd Schadewald: He won a Grimme Award for his portrayal of police officer Erich Rohloff in "Der Hammermörder" (1989) garnered more nominations for his performance in "Angst", and later also played alongside Moritz Bleibtreu and Nicolette Krebitz in Schadewald's "Kinder des Satans" (1995).

Over the years, Redl, who is often cast as a policeman or tough guy, has appeared numerous times in popular German crime series and TV movies. His continuing love for theatre was displayed in the semi-documentary features "Hundert Jahre Brecht" by Ottokar Runze and "Bertold Brecht – Liebe, Revolution und andere gefährliche Sachen" by Jutta Brückner, which were both released in 1997.

In 2007, he played the father of "Yella" in the eponymous film by Christian Petzold, and one year later, he appeared as a master of black magic arts in the spectacular adaptation of Otfried Preußler's fantasy classic "Krabat".