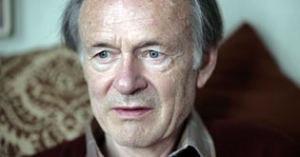 Joachim Bißmeier, born November 22, 1936, in Bonn, graduated from drama school at Essen’s Folkwangschule. After his theatre debut in 1960 at Wuppertaler Bühnen, he performed at Contra-Kreis-Theater in Bonn and at Tübingen’s Zimmertheater, among other theatres.

In 1965, Bißmeier became a cast member of Vienna’s Burgtheater where he played his last performance in 1992 (officially, he is retired actor from Burgtheater since 1996). Since then, Bißmeier has performed and performs until to date at numerous well-known theatres in Austria, Germany, and in Switzerland.

However, the multiple award-winning star theatre actor has rarely been seen on the movie screen. His most important performances include the role of Hugo Moritz in Raoul Ruiz"s artist biopic "Klimt" (2006), as well as the part of tailor Josef Böckl in Florian Flicker’s black comedy "Der Überfall" ("Hold-Up", 2000), a performance that won Bißmeier the Bronze Leopard at the Locarno international film festival.

In mid-2009, Bißmeier returned to the movie screen in a leading role after a longer break: In the drama "Meine schöne Nachbarin", he plays a dying man who wants to reconcile with his alienated son.