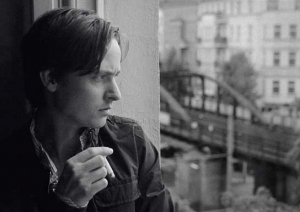 A Coffee in Berlin

Niko is in his late twenties, lives in Berlin, and dropped out of law school two years ago. Since then, he idly drifts through life. His wealthy father, not being aware that his son is a dropout, still sends money every month – until now. When the ATM swallows his debit card, Niko realizes that his account is empty. But this just marks the start of day which won't turn out well for him at all. He has a series of both absurd and sobering encounters with neighbours, friends, an old classmate and, of course, his father. In the course of events, Niko learns that he has to get a new perspective on life.